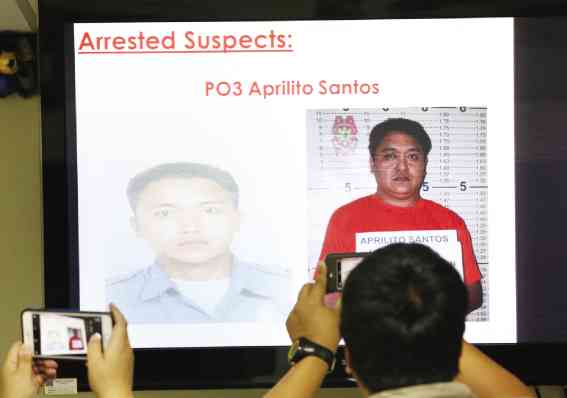 They have earned dozens of medals and citations for exemplary service—but this one item in their resume could tarnish them all.

Three members of the Quezon City Police District (QCPD) were arrested on Thursday along with their civilian asset after they allegedly tried to extort P120,000 from the family of a cybercrime suspect.

PO3 Aprilito Santos, PO3 Ramil Dazo and PO3 Joseph Merin had valid arrest warrants for Raymond Leetiong but violated protocol when they went to the suspect’s Novaliches residence without coordinating their move with their chief at the warrants and subpoena section.

Their operation was therefore unauthorized, according to the district director, Chief Supt. Guillermo Lorenzo Eleazar. 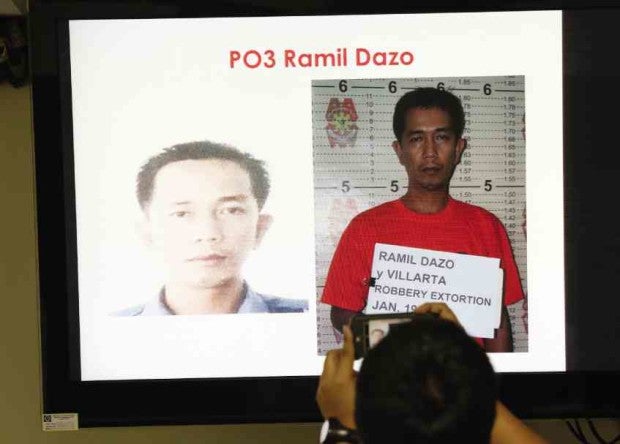 In a statement to the QCPD, Leetiong’s mother, Illuminada, said the three policemen and their asset, Gaudencio Yu, arrived at her house in Cadaing Village, Barangay Talipapa, around noon Thursday to arrest her son.

Leetiong had two standing warrants—one for qualified theft and another for data interference in violation of the Cybercrime Prevention Act of 2012. He once worked for the purchasing department of Amalgamated Specialties Corp., where he allegedly intercepted and deleted e-mail correspondences with clients and failed to remit their payments.

Both arrest warrants were issued on Jan. 10 by Judge Myra Quiambao of Muntinlupa Regional Trial Court Branch 203, who set bail at P120,000 for the data interference charge but disallowed bail for the qualified theft case. 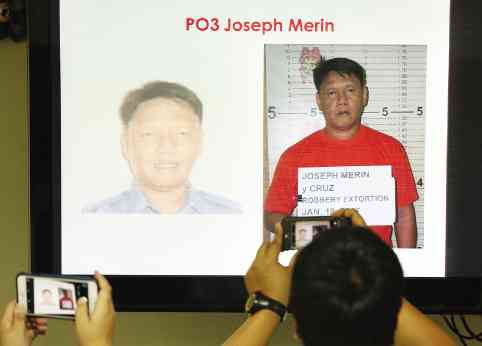 Illuminada said the policemen initially demanded P120,000 in exchange for her son’s release and later agreed to have the amount reduced to P70,000.

She said she left the house, assuring the officers that she would return shortly with the money, but actually went to report the extortion attempt to a barangay official, who then alerted the QCPD-Talipapa station.

Santos, Dazo, Merin and Yu around 2 p.m. were arrested after Dazo received from Illuminada the entrapment money amounting to P15,000.

According to the QCPD, Merin has been recognized for his service at least 54 times since entering the police force in 1997. He has received, for example, the Medalya ng Paglilingkod sa Luzon.

Prior to being assigned at the warrants section, the three officers had reported to various police stations and offices of the QCPD.

The four arrested men were set to be charged with robbery-extortion, with the three officers also facing an administrative charge for grave misconduct.

Leetiong was placed in the custody of the QCPD-Talipapa station.