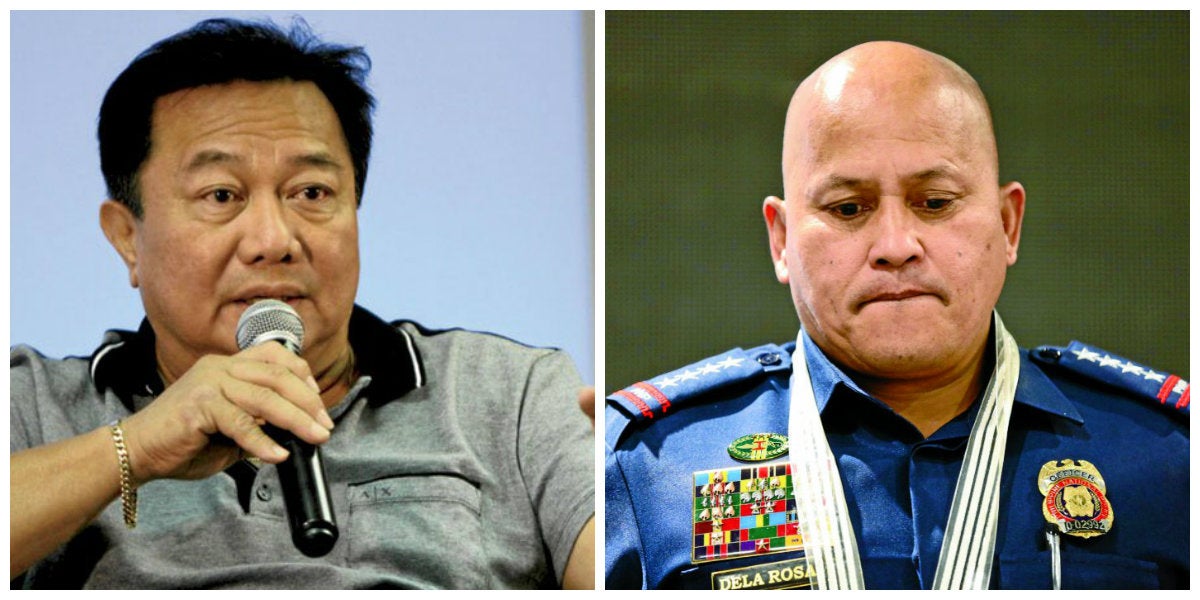 “Director General Ronald ‘Bato’ Dela Rosa should immediately resign as chief of the Philippine National Police (PNP) to save President Rodrigo Duterte from further embarrassment and restore respect to the Office of the PNP Chief,” Alvarez said in a statement.

Former Hanjin executive Jee Ick Joo was abducted in his home in October last year. Despite the payment of P5 million in ransom money, it was later revealed that he was strangled and killed by a group of policemen inside Camp Crame.

Dela Rosa on Thursday said he wanted to “melt in shame” upon learning that the crime happened inside the PNP headquarters.

READ: I want to melt in shame—Bato

Alvarez said what happened was “not only an insult but a clear indication that he (Dela Rosa) has lost the respect of his people.”

“Social media like Youtube is now replete with the booboos of General Dela Rosa including his running away from a press conference like a headless chicken after the pyrotechnic device he was holding started to smoke,” the Speaker said.

Alvarez said it is difficult to believe Dela Rosa’s “stern statements” against criminals “when he was the first to run in the slightest possibility of danger.”

“General Dela Rosa seems more interested in having a showbiz career and in landing on society pages of newspapers” where he is shown “doing mundane things like singing videoke and watching concerts,” he said.

“Dela Rosa should buckle down to work or better yet give the job to someone else who is dead serious in leading the PNP in its multi-pronged war against drugs, criminals and the scalawags within its ranks,” Alvarez said. RAM