Dureza to return close to P1M after COA disallowance ruling 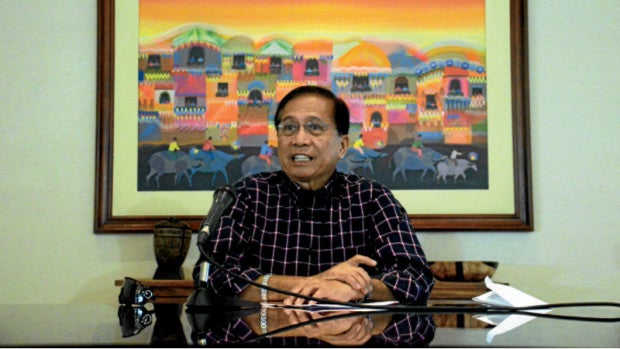 Peace Process Secretary Jesus Dureza on Friday said he would return to the government close to P1 million after the Commission on Audit (COA) ruled with finality the disallowance of some disbursements during his term as chairman of the Mindanao Economic Development Council (MEDCO).

“Today while here in Rome for peace talks with the CPP/NPA/NDF, I received information that the Commission on Audit ruled with finality the disallowance of some disbursements done while I was still head of a Mindanao agency more than 10 years ago,” Dureza said in statement.

While chairman of MEDCO, he recalled the release of close to P1 million as staple food assistance and as amelioration allowance to officials and employees of the agency.

“Sometime from 2001 to 2004, while chairman of MEDCO (Mindanao Economic Development Council), the finance department recommended to me to release P456,000 as staple food assistance and P540,000 as amelioration allowance to officials and employees during the Christmas season or year-end, if my memory is correct. This was to augment their meager pay and to give them incentives for a year’s good performance,” he said.

“I now clearly recall I asked then finance division head (now retired) Ms. Perla Pandan and the execom officials as to whether this was allowed under the rules and they assured me this was okay. Then I asked what would be the consequence if this was later disallowed by COA, I was told all the recipients had to return what they received. I was told this was communicated to the whole staff. In fact, I now recall I even directed the finance division to get a written undertaking from the employees that they would return the amount they received if later on required to do so,” he added.

Dureza, however, clarified that he already returned the money he personally received after he learned that the COA disallowed the disbursement. He, however, sought reconsideration of the ruling “to further protect the employees and the staff who would find it difficult to return theirs.”

“While still at MEDCO, I was informed that indeed the COA disallowed the disbursements. I promptly returned the amount I personally received. I even wrote an official letter in doing so and I received an official receipt acknowledging the return of the amount. But to further protect the employees and the staff who would find it difficult to return theirs, I authorized the move to seek reconsideration of the COA ruling,” he said.

But the COA “denied MEDCO’s appeal and ruled that I together with other MEDCO officials are liable for the illegal release.”

Dureza took full responsibility and would return the remaining amount close to P1 million from his personal funds.

“As sole approving authority, I personally take FULL responsibility and spare the other employees/officials from liability as ruled by COA. Although I already returned what I personally received myself while still at MEDCO years ago, I will promptly return the remaining total amount due from my own personal funds immediately upon my return to the country,” he said.

“Even the Civil Service Commission approved the payment as I really required to the staff to do due diligence. But COA still disapproved. I submit,” he added. RAM/rga