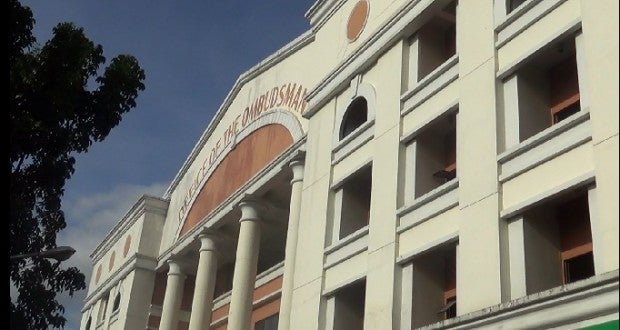 CEBU CITY — The Office of the Ombudsman in the Visayas has ordered the preventive suspension of all officials of Barangay Ermita in Cebu City pending an investigation on their alleged failure to cooperate in a drug raid in the area in November 2016.

Deputy Ombudsman for the Visayas Paul Elmer Clemente temporarily stripped the respondents of their power and responsibilities until the administrative adjudication on the case was completed, “but not to exceed six months without pay.”

Any delays caused by the respondents in the disposition of the case shall not be counted in computing the period of suspension, according to Clemente.

“As the top barangay officials in Ermita, the continued stay by any of the respondents in office may prejudice the case filed against them,” said Clemente in his order dated Jan. 16 and released to the media on Thursday afternoon.

The Department of Interior and Local Government (DILG) was directed by the anti-graft office to implement the preventive suspension order.

The order arose from the administrative case for grave misconduct, gross neglect of duty, and conduct prejudicial to the best interest of the service filed by Director Yogi Filemon Ruiz of the Philippine Drug Enforcement Agency in Central Visayas (PDEA-7).

Clemente said there was a need to prevent the respondents from using their position and the powers and prerogatives of their respective offices to influence potential witnesses or tamper with official records which may be vital in the prosecution of the case against them.

“There exists the possibility of an unhampered access and undue influence by respondents to any potential witness to the case by virtue of their respective positions and their proximity to the area where the anti-drug operation conducted by PDEA-7 took place,” he said.

The complaints filed by Ruiz stemmed from alleged failure of the barangay officials to cooperate with PDEA-7 officers during a drug raid conducted last Nov. 6 in a “shabu tiangge” located just 500 meters away from the Barangay Hall of Ermita.

The raid yielded P800,000 worth of suspected shabu and led to the arrest of Richard “Tata” Cañete, who was suspected to maintain the alleged “shabu tiangge.”

Ruiz’s complaint-affidavit alleged that the barangay officials refused to heed their request for the presence of the barangay captain and a barangay councilor to witness the search and inventory and to help them implement the search warrant against Cañete and Josephine Cuyno in the barangay.

Ruiz claimed that the barangay officials contacted did not arrive.  SFM/rga