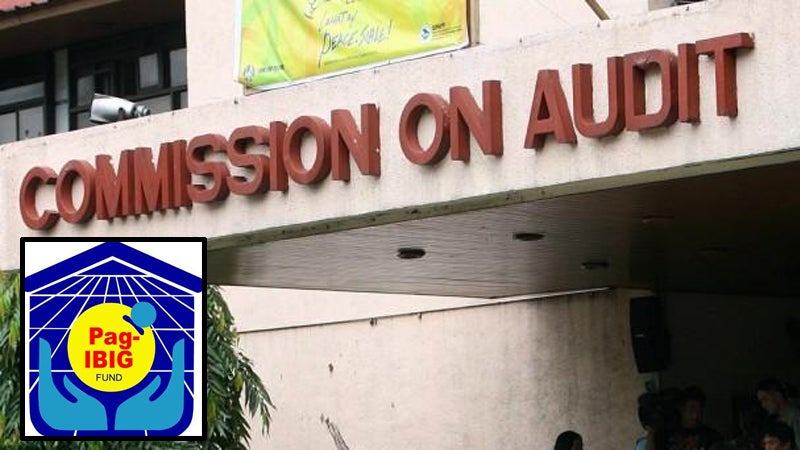 MANILA — The Commission on Audit has declared 13 officials of the Home Development Mutual Fund’s (Pag-IBIG) Eastern Visayas office and a Southern Leyte village developer liable for P33.189 million in fraudulent loans from 2007 to 2009.

In a six-page decision, the CoA directed its Prosecution and Litigation Office to forward the case to the Office of the Ombudsman for the investigation and possible indictment of the regional officials led by retired department manager Flordelis Menzon, as well as developer Ray Zialcita.

The recently released Dec. 27 decision also upheld the 46 notices of disallowance ordering the Pag-IBIG officials to return the money that was loaned to individuals who were either dummies or non-borrowers.

The CoA faulted both Zialcita for approving and filing the loan applications, and the Pag-IBIG officials for failing to conduct post-takeout inspection of the loans.

The Pag-IBIG officials’ lack of validation effectively allowed the “continued violation of the developer,” the decision said. It noted that any breach by the developer could have been remedied by enforcing management mechanisms available to Pag-IBIG and suspending the loan agreement.

“The appellants should be held liable for failure to exercise the required diligence in the performance of their duties,” the decision read.

Records showed that the irregularities arose from an undated Funding Commitment Agreement, which allowed Zialcita, the developer of Villa Perla Subdivision in Maasin City, to avail of the HDMF’s Takeout Window.

The controversy came to light after some of the purported borrowers complained that they were charged for payment and interest on loans they did not apply for or avail of.

Told to explain, Zialcita claimed in a July 16, 2009 letter that the irregularities were committed by his employee who allegedly “enticed” her former officemates to become dummies in exchange for cash.

State auditors confirmed that 46 borrowers had no loans with the Pag-IBIG fund or did not submit an application. At least 12 of them were found to be dummies.