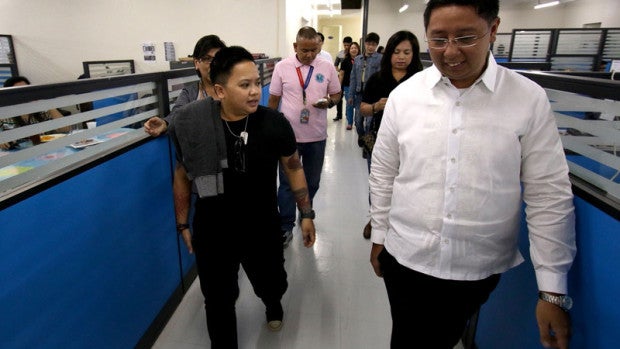 In a Facebook post, Seguerra particularly called out Sotto for citing the country’s supposedly conservative culture in his opposition to the DOH program, saying it is such mindset that contributes to the spread of sexually transmitted diseases.

“Bilang gobyerno, responsibilidad natin na pangalagaan at protektahan ang ating constituents.  Matagal ng ipinagpaliban ang pagpapatupad ng RH (reproductive health) dahil sa ‘beliefs’  ninyo (As part of the government, it is our responsibility to look after and protect our constituents. The implementation of RH has been long overdue because of your beliefs) and look where it has brought us… We have an epidemic here, A YOUTH EPIDEMIC. It is precisely because of this “sentiment of a conservative culture” kaya lalong pataas ng pataas ang HIV (that’s why the cases of HIV are continuing to rise),” he said.

Responding to DOH Secretary Paulyn Ubial’s call against critics, Sotto last Tuesday said it would be “insensitive to dismiss the sentiment of a conservative culture just because the government failed to implement effective health programs.”

But Seguerra, who rose to fame after his stint in noontime show “Eat Bulaga,” said it is the same conservative culture that Sotto was citing that prevented parents and teachers from discussing sex education to children just because it was “taboo.”

“Would you rather people keep dying of HIV/AIDS as long as hindi na ooffend ang sensibilities ninyo? Now, sino ang nag iimpose ng beliefs sa nakararami (your sensibilities as not offended? Now, who is imposing their beliefs on the majority)?” Seguerra added.

Sotto has threatened to block Ubial’s confirmation at the Commission on Appointments if the DOH pushes through with its plan to distribute condoms to high school students. YG/RAM/rga