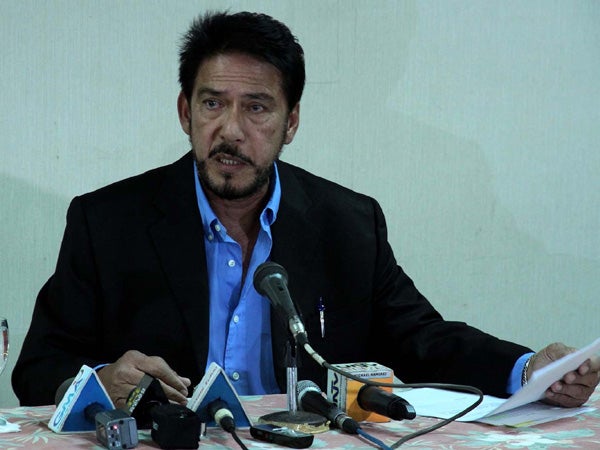 Senate Majority Leader Vicente “Tito” Sotto III continued his tirades against the planned distribution of condoms in schools, this time, criticizing the Department of Health (DOH) for allegedly using the budget of the Reproductive Health law for other purposes.

Sotto said he was informed that most of the budget of the law had been spent for “meetings, and for removal or transfer of health workers.”

“I suggest that she reads the law and implement it well because apparently most of the budget of the RH law, according to my source, has been spent for meetings, for removal or transfer of posts of health workers . ‘Yun ang naging prioity e, hindi ‘yung implementation ng (Those are becoming their priority, not the implementation of the) RH law,” he said in an interview at the Senate Wednesday.

The senator, in a text message on Thursday, identified his source as former Health Secretary Janette Garin, who he said got the information from a source in the DOH.

He could not say, however, how much of the budget was not spent for the RH law implementation.

Also based on their conversation Tuesday night, Sotto said Garin told him that there is no country in the world that distributes condoms to high school students.

“It’s not done,” said the senator, who has been attacking the DOH’s plan to distribute condoms to students starting this school year amid a sharp rise in the number of HIV and AIDS cases among the Filipino youth.

Sotto said Garin also told him that the rise in HIV has never been attributed to sexual contact among students.

“Never. So talagag mukhang medyo mali ang priorities,” he said, adding that the spread of HIV cases could be addressed by intensifying the campaign against discrimination, and raising more awareness.

“Information campaign and look at the RH law, there are 16 salient features of the RH law. I suggest to Secretary Ubial, read that and study it well, implement it. That’s the answer to her challenge,” Sotto said.

The senator was referring to incumbent Health Secretary Paulyn Ubial, who earlier called on critics of the planned condom distribution to come up with options how to prevent sexually transmitted infections among the youth. IDL/rga

READ: Ubial lashes out at opponents of condom-giving in schools