Wife of slain Korean: What did we do to deserve this? | Inquirer News
Close
menu
search

Wife of slain Korean: What did we do to deserve this? 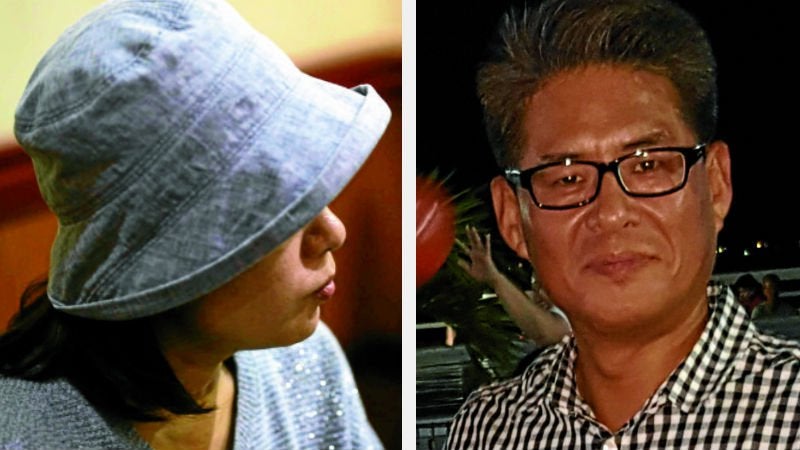 MANILA — The wife of the abducted and murdered South Korean businessman, Jee Ick-joo, arrived at the National Bureau of Investigation (NBI) headquarters in Manila, before 5 p.m. on Wednesday, after government investigators confirmed the dumping of his remains in a funeral parlor and the illegal cremation of his body in another.

Choi Kyung-jin was accompanied by a man, said to be her translator, and another Korean woman.

She spoke with Director Roel Bolivar, commander of the Task Force on Illegal Drugs, which has been overseeing the investigation of Jee Ick-joo’s kidnapping and murder, for over an hour in his office.

After their meeting, Choi had to be assisted as she stepped out of the office and walked to her vehicle. She had declined interviews by the press.

After she left, a visibly distraught Bolivar then faced reporters and talked about how he informed Choi of her husband’s death.

“We had the opportunity to personally inform her of her husband’s death and cremation,” he said. “She was thankful for the Bureau’s swift work.”

Bolivar told of the difficulty to inform Choi of her husband’s death. “She told me of their plans: to stay in the Philippines, put up a business and even establish a foundation for poor Filipino children,” he said.

“They wanted to grow old here, permanently stay here in the Philippines,” he added.

Teary-eyed, Bolivar said he was hurt when Choi asked him what her husband, a former director of a South Korean heavy industries firm in the country, did to deserve his untimely demise.

“I have no answers for her,” he admitted.

The director said the NBI committed to continue the investigation and eventually press charges against the perpetrators, after the gathering of sufficient evidence.

The remains of Jee, who was abducted from his home in October 2016, was cremated in a different funeral parlor from where he was initially taken, according to the NBI.

The NBI agents, led by the task force, conducted on Wednesday, a follow-up operation on another funeral home in La Loma, which reporters discovered to be the St. Nathanielz Crematorium.

The media had trailed during the operation, but were not given more details on the matter, pending investigation.

Ross Jonathan Galicia, task force deputy commander, said they were not able to speak to the management of the crematorium, as only the staff were around.

The press were also barred from entering the premises.

Bolivar said they would still investigate how the body was brought to the Gream Funeral Services, where the remains were reportedly brought first.

The NBI will also look into documents that would prove that Jee was indeed brought to St. Nathanielz after.

As for reports that his ashes were flushed down a toilet bowl, Bolivar refused to confirm any specific details, as it might affect the investigation and drive the perpetrators into hiding.

In a phone interview with Supt. Ferdinand del Rosario, deputy chief of Caloocan police, he confirmed that Gream was not equipped to handle cremation services.

“Upon personal inspection, we found out that there is no such crematorium in Gream funeral,” he said.

He added that the funeral home was only a small operation, with a morgue and a temporary storage facility.

Del Rosario said crematoriums in the city could be found inside the La Loma Cemetery.

Gream is owned by Gerardo Santiago, barangay chair of Barangay Bagbagin 165, according to Del Rosario.

He added that Santiago was a retired cop, reportedly formerly assigned with the Northern Police District.

“According to the funeral home’s employee, he is out of the country,” he said, adding that it has been operating for around 20 years.

Five employees of Gream, meanwhile, were brought in by the NBI on Tuesday for questioning and to give their sworn statements.

Jee was abducted from his home on Oct. 18, 2016, along with a househelp, Marissa Dawis.

Investigation by the Luzon Field Unit of the Philippine National Police-Anti-Kidnapping Group said cops barged inside Jee’s home with a fake arrest warrant, saying the foreigner was involved in drug activities. It was guised under the  “Oplan Tokhang” operation.

Dawis was let go by the kidnappers past midnight on Oct. 19, but recalled hearing her employer offer P4 million in exchange while they were inside her boss’ black vehicle.

Choi had reportedly paid P5 million in exchange for her husband, without the knowledge of the police.  SFM