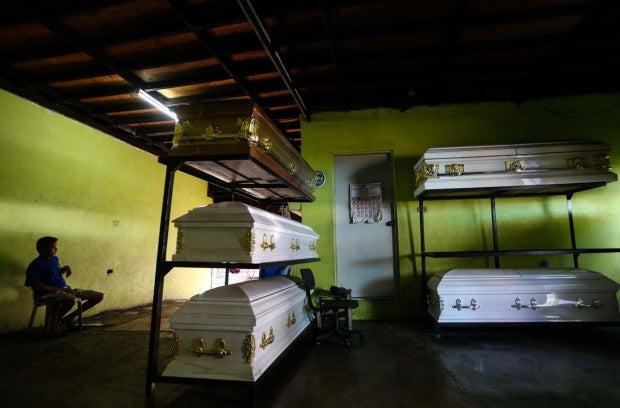 Five employees of Gream Funeral Services at Bagbaguin in Caloocan City are now being questioned by the National Bureau of Investigation (NBI) after it was confirmed that the missing Korean national was taken to them the same day he was abducted last year.

On Tuesday, the NBI confirmed that Jee Ick-joo, a former executive at Hanjin, was already dead and his body was brought to funeral parlor the same day he was allegedly abducted by police officers on October 18, 2016.

Jee’s family accused police officials of abducting him in disguise of “Oplan Tokhang,” the government’s scheme of knocking into the homes of alleged drug suspects.

READ: Is Sokor businessman victim of ‘tokhang for ransom?’

SPO3 Ricky Sta. Isabel, one of the cops accused of kidnapping the Korean, surrendered to the NBI on Monday.

READ: Cop in kidnap of Korean gives up to NBI, not PNP

Together with the Caloocan police, NBI agents did not recover Jee’s body at the funeral parlor, only to find out later that he was cremated last year.

The five persons who processed Jee’s body are the ones undergoing questioning at the NBI.

Currently, the NBI is at the St. Nathanielz Crematorium at La Loma in Quezon City where Jee’s body was cremated. IDL