Is Sokor businessman victim of ‘tokhang for ransom?’

Victim was taken on Oct. 18 when two men, allegedly led by a police officer, entered his home and announced a drug raid
By: Tarra Quismundo - Reporter / @TarraINQ
Philippine Daily Inquirer / 12:56 AM January 08, 2017

Is “tokhang for ransom” the latest racket of scalawags in uniform?

A policeman and his cohorts have been accused of using President Duterte’s all-out campaign against drugs as a cover to kidnap a South Korean businessman, who has been missing since October.

The disappearance of Jee Ick-joo, a former director at a South Korean heavy industries firm in the Philippines, is the first high-profile case that shows how corrupt officers could take advantage of the administration’s unrelenting drug war, which has so far left over 6,000 dead.

It happened just as the Philippine National Police touted a nationwide drop in criminality since Mr. Duterte came to power, and subsequently promised that policemen would be protected from prosecution.

Jee, 53, was taken on Oct. 18 when two men, allegedly led by a police officer assigned at the PNP Anti-Illegal Drugs Group (PNP-AIDG)  in Camp Crame, entered his home in Angeles City and announced a drug raid.

His distraught wife, who agreed to speak to the Inquirer on Friday amid fears for her own safety, is now appealing to President Duterte and to PNP Director General Ronald dela Rosa for help.

“I am not after the kidnappers. I am just after my husband,” said a tearful Choi Kyung-jin, who has been residing in the Philippines with her husband and daughter since 2008.

“I hope President Duterte uses his public power to find my husband,” she said, speaking softly through an interpreter, head bowed and shoulders drooped, as she struggled to contain her emotions. 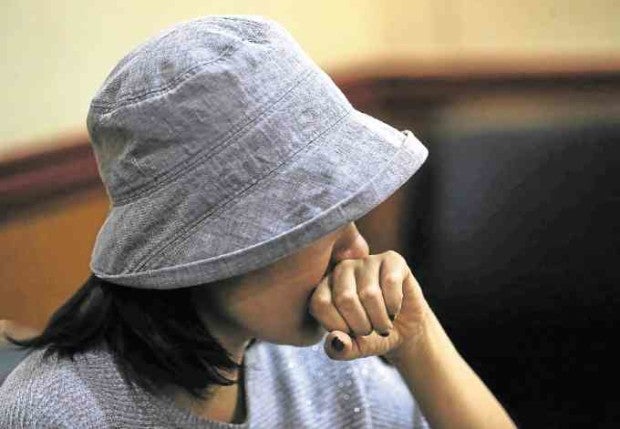 She has appealed for help through Facebook, posting photos of her husband and saying: “We are not yet clear whether my husband is alive or not, and our family is living with fear and also suffering of pain.”

She even vowed to drop charges against the police officer and other suspects already under investigation once she gets her husband back alive.

“If my husband comes back to us alive, I will not [file] any case against the kidnappers, stop all cases that is ongoing and I will go back to my country, Korea, with my husband,” she said in her plea.

Choi said she last saw her husband at 9 a.m. on Oct. 18, and even sent him a text message asking if he was going home for lunch. She later left with her 18-year-old daughter, but later came home to find an empty house.

The door was unlocked, but her husband and househelp were missing.

“The first floor was very clean. But in the second floor, my accessories were gone, passports, account books (bank passbooks),” she said.  An estimated P540,000 worth of jewelry and other personal items were also stolen from the house, according to her affidavit.

“I thought the maid took our things. I did not think my husband was missing,” she said.

But she got worried when she was not able to contact Jee until the following day. At that point, curious neighbors came forward and reported seeing her husband being dragged into his own vehicle by several men. 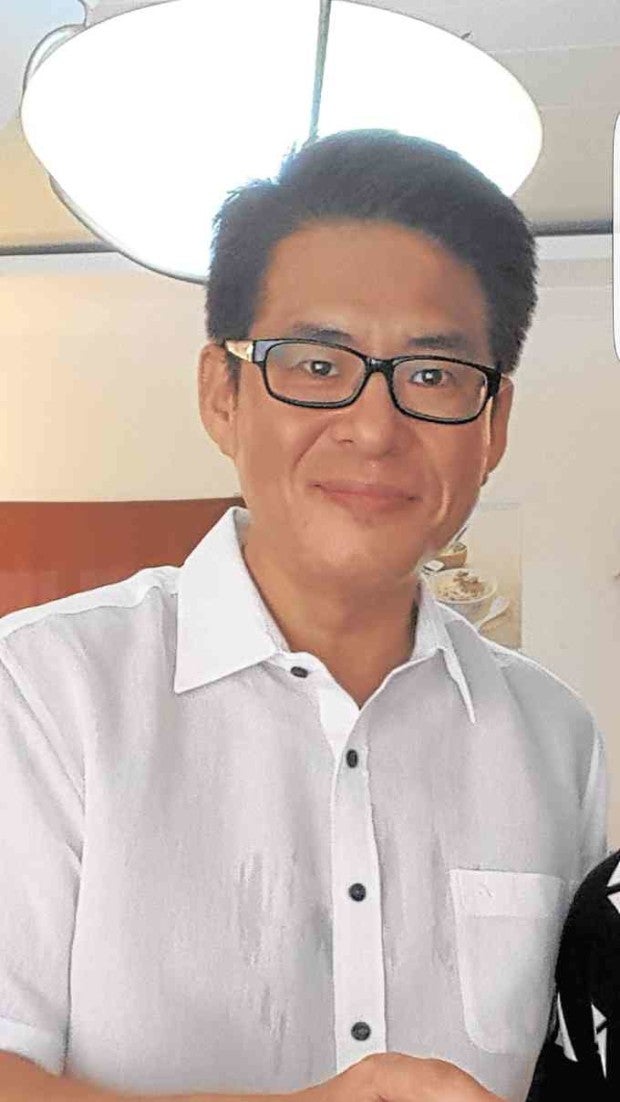 Jee Ick-joo, 53, was allegedly abducted in October by a group that includes a policeman.

She soon found out that the security camera at the house across the street had captured the kidnapping: Around 2 p.m., when Jee was about to leave the house to head back to work, two men took him and forced him into his black SUV.

Jee tried to resist, but several other men from a black Toyota Hilux parked in front of the house rushed to help the kidnappers force him inside the car.

The couple’s helper, Marisa Dawis, was also taken. Both vehicles sped off and headed out of the village.

Two days later,  Dawis called Choi to tell her of the abduction in detail. She said she was freed and made her way to her sister’s house in Valenzuela where she sought help.

In the investigation by the PNP Anti-Kidnapping Group’s (PNP-AKG) Luzon Field Unit, Dawis told police that, in the afternoon of the abduction, two men “went inside [Jee’s house] and introduced themselves as police officers.”

“Subsequently, they searched the rooms of the house, destroying their cabinets, looking for something, and told Marisa that her boss was involved in drug activities,” read the PNP-AKG’s case referral letter sent to the Department of Justice (DOJ) on Nov. 9 for preliminary investigation.

Those on the list were one police officer assigned at the PNP-AIDG, one other identified male, three unidentified men with detailed descriptions based on witness accounts, and “several John Does.”

“The evidence on record shows that the above-named suspects did collective, concerted and synchronized acts that constitute indubitable proof that all of them are coconspirators with other unknown malefactors to attain a common objective: to kidnap and detain the victim for purposes of acquiring ransom,” read the report, a copy of which was obtained by the Inquirer.

Choi requested that the name of the police officer and the other identified suspect be withheld, afraid that it might bring further harm to her husband and her family.  She also requested that her face not be shown in published photographs.

PNP-AIDG head chief Supt. Albert Ferro told the Inquirer that the suspect has been relieved, pending results of the investigation. “On our side, we do not condone any wrongdoing of our people, especially now that the President is against corruption, scalawags and those involved in drugs. So that will be our stand,” Ferro said.

In Dawis’ narration, the men ordered her to her boss’ car, where she saw Jee already handcuffed and seated between two men.  She said she heard her boss offer P4 million for his freedom, and quoted him as saying “I can’t breathe” at one point.

She said she remembered that they soon reached Quezon City Memorial Circle, where they stayed briefly. She was later  blindfolded and transferred to a black pickup. By 1 a.m. of Oct. 19, she was freed in Cubao, Quezon City, and was given fare money of P1,000 so she could go home.

The PNP-AKG investigation found out the Toyota Hilux that the suspects used in the abduction was registered under the name of the suspect police officer’s wife. The wife, who went with her lawyers to the PNP-AKG’s Luzon office on Oct. 28, confirmed that the vehicle was indeed being used by her husband.

The security logbook at the Angeles City village where the incident happened also showed that the policeman’s pickup “went in and out of the subdivision eight times” between September and October.

Choi could not say why her husband was targeted. Jee, who also runs a manpower services business, has no enemies. Neither did he or the family receive any threat in the days leading to the abduction.

“He is kind… and sometimes he is hot-tempered. He just wants to make things perfect,” Choi said when asked to describe her husband.

On Oct. 30, Choi received a text message from the kidnappers demanding a ransom of P8 million.

Without telling the police, Choi negotiated the payoff and, by the next day, delivered the money at a drop-off point at a mall in Pampanga, believing that her husband would then be released.

“She was told through text to park her white Honda Civic. With that instruction, the victim’s wife parked… in front of Central Town Mall… with engine on, unlocked doors, and further instructed to proceed inside [a fast-food restaurant inside the mall],” read the PNP-AKG report.

After half an hour, Choi returned to her car and “noticed that the money was already gone,” the police report said.

There was no sighting of the kidnappers at the supposed exchange, nor of her husband.

Choi told the Inquirer on Friday that the ransom payment was P5 million.

“I did it on my own. No police,” she said in the interview, admitting that she kept the negotiations to herself despite the already ongoing PNP-AKG investigation.

On Nov. 2, the kidnappers again texted Choi using a different number, asking an additional P4.5 million for her husband’s release. But she had no more to give.

Her husband’s captors then sent a grim response: “Game over.”

“She understood that they were angry,” said Chongmyung Lee, who interpreted for Choi during the interview.

At that point, she had no other choice but to tell the police of the ransom payment.

Since then, she has not heard from the abductors and the case has by far undergone two hearings at the DOJ. Choi hopes  that the preliminary investigation could finish soon so that a warrant for the suspects’ arrest could be issued.

“The process is too long… I just want the arrest warrant to be issued…. In the Philippines, it takes too long to file a complaint,” she said, the only point in the interview where she spoke with some amount of force.

Choi said she wrote a letter to Mr. Duterte and his police chief, narrating the involvement of a police officer in the abduction.

She attached documents related to her husband’s disappearance, and told the President that her letter serves “as a formal complaint against one uniformed PNP personnel (name redacted on Choi’s request) assigned in the [PNP] Anti-Illegal Drugs Group.”

“The reason why  I’m writing your office now is because one of those involved in the kidnapping is a police officer.  I am confident that the PNP is capable of investigating involvement in my husband’s disappearance,” she said in the letter dated Dec. 12 and stamped as received in Malacañang on Dec. 17.

“I believe in your vision, which is to eradicate crime and corruption in this country. That is why I’m writing to you personally, Mr. President, because only through your strong sense of justice and will that I find relief and confidence,” she said.

Choi stressed that her husband of 18 years had nothing to do with illegal drugs, describing him as a loving husband and father and a good boss to his employees. She said she “lost a pillar that made our family whole.”

In a similar letter she sent to Dela Rosa on Dec. 12, Choi asked for help, stressing that she believed in the police chief’s “great power and authority” in helping her solve the crime.

“I’m still hoping that my husband, wherever he may be, is alive and well. My child deeply misses him. I’m deeply missing him. Being a husband and a father yourself, I’m sure you can sympathize with our situation right now,” she said in the letter.

“There’s nothing in the world I would wish for right now than to see and hug my husband again,” she said. —WITH A REPORT FROM JULLIANE LOVE DE JESUS, INQUIRER.NET