Jobless man caught with P100,000 worth of shabu in Olongapo 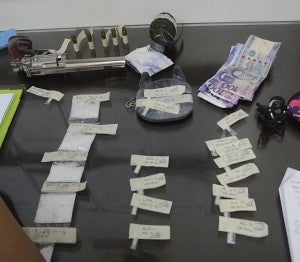 OLONGAPO CITY — Police arrested a jobless man who possessed P100,000 worth of shabu (methamphetamine hydrochloride) during a police drug bust on Sunday (Jan. 15).