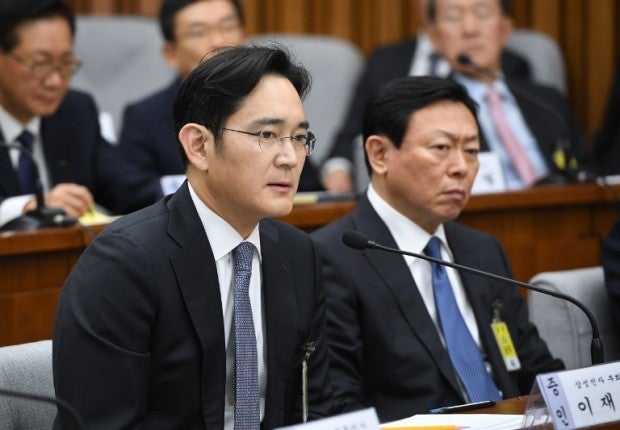 SEOUL, South Korea — South Korean prosecutors on Monday asked for the heir to giant conglomerate Samsung to be arrested for bribery in connection with a political scandal that has seen President Park Geun-Hye impeached.

In a statement, prosecutors investigating the scandal said they asked a Seoul court to issue an arrest warrant for Lee Jae-Yong, the son of the Samsung group chair Lee Kun-Hee.

If the court agrees with the request, Lee will be the first senior executive of the giant electronics firm to be arrested over the scandal, which is centered on Park’s secret confidante, Choi Soon-Sil.

Choi is accused of using her ties with Park to coerce top local firms to “donate” nearly $70 million to dubious non-profit foundations Choi then used as her personal ATMs.

Samsung is the single biggest contributor to the foundations and separately paid Choi millions of euros, allegedly to bankroll her daughter’s equestrian training in Germany.

Lee, 48, is the vice chairman of Samsung Electronics and is accused of approving decisions to pay Choi large sums of money in a bid to win political favours.

He earlier told a parliamentary hearing that he did not seek any preferential treatment in return.

Last Thursday and Friday he was questioned by prosecutors for a marathon 22 hour session.

Park, accused of colluding with Choi to extract money from the firms and letting the friend meddle in a wide range of state affairs, was impeached by parliament last month.  CBB