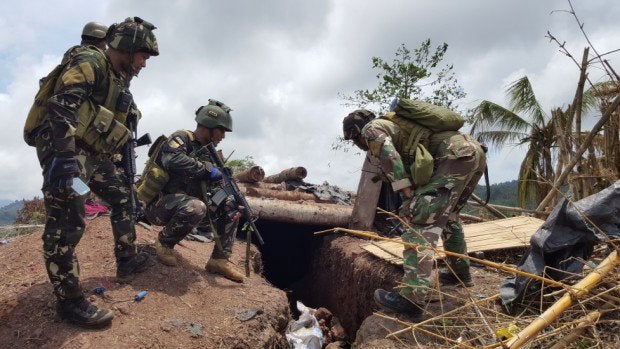 ARMY TROOPS IN ACTION IN MINDANAO: In this August 2016 file photo, Army soldiers recover an Abu Sayyaf camp in Basilan. The government’s campaign against the Abu Sayyaf continues to this day. (PHOTO FROM CPIO-WESTERN MINDANAO COMMAND)

ZAMBOANGA CITY — An Army officer was killed while four other soldiers were wounded when government troops clashed with Abu Sayyaf bandits in Sumisip, Basilan, on Thursday.

He said the military used its air assets against the bandits.

Residents of Barangay Cabcaban, where the clash took place, have evacuated, a report stated.  SFM