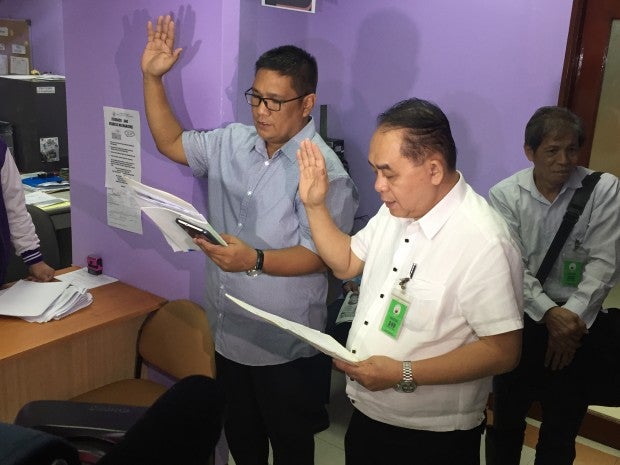 Environment Secretary Gina Lopez is facing a criminal and administrative complaint before the Ombudsman in connection with her alleged inaction over defective air quality monitors.

Jasareno resigned last August amid a call from President Rodrigo Duterte for the appointees of former President Benigno Aquino III to vacate their posts.

Their complaint, however, did not indicate a specific offense but urged Ombudsman Conchita Carpio Morales to determine the appropriate criminal and administrative charges.

In an interview, Javellana alleged that Lopez turned a blind eye on the failure of the Open Path Differential Optical Absorption Spectroscopy (DOAS) to provide accurate and reliable air quality data.

The complainants said the EMB in 2006 procured DOAS stations from Electrobyte, an exclusive distributor of DOAS in the Philippines, without any market research or study.

They also alleged that the Department of Environment and Natural Resources officials favored the supplier Electrobyte allegedly because the terms of reference or the qualifications of the bidders had been “phrased and formulated” to ensure only Electrobyte would qualify as early as the pre-qualification stage.

“These machines would not function, or could not be utilized for the purposes they were acquired, or if these machines do indeed provide us with data, the data would always be inaccurate or cannot be relied upon,” according to the complaint.

In an interview after the filing, Javellana said Lopez’s inaction over the procurement of defective air quality monitors meant that she condoned the failure of these machines to provide accurate air quality data.

He warned that the lack of air quality data could spell death and sickness for the public, warning that this issue is “worse” than the spate of extrajudicial killings that has claimed over 6,000 lives already in this administration’s war on drugs.

Lopez said the DOAS was bought before she assumed her post.

“These machines were bought way before my time. There have been no machines bought during my term,” Lopez said, noting that from 1995 to 2015 at least 52 air quality monitoring equipment worth P306,447,008 were bought.

“This is way before my time and I have done what I could in the soonest time that I can,” she added.

Lopez led an audit of mining companies which has resulted in the suspension of 10 firms and the recommendation for suspension of 20 more due to dirty mining./rga