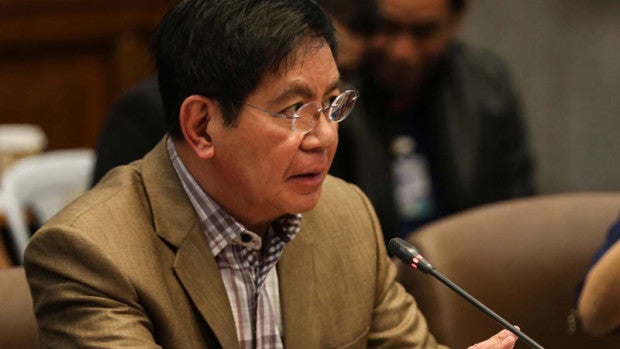 The chair of the House appropriations committee hit out at Sen. Panfilo Lacson on Thursday, saying the latter was just “confused” when he claimed that the P3.35-trillion budget for 2017 was riddled with pork barrel insertions.

“That’s not true. There is no pork barrel. There is no PDAF (Priority Development Assistance Fund) in the budget. There are no post-enactment projects in the budget,” Davao City Rep. Karlo Alexei Nograles said.

“I think that Sen. Lacson is confused about this issue,” Nograles said in response to Lacson’s allegation that some House members were allocated as much as P1.5 to P5 billion each and some senators up to P300 million each for their pet projects this year.

The senator said it seemed pork barrel only changed hands from Liberal Party lawmakers to those from Mindanao. These are discretionary congressional funds without a specific purpose and are known to be a source of kickbacks and corruption.

“You will only see specific line-item projects that have been identified by different agencies and departments of government,” Nograles said in a statement.

He noted the budget process involved a two-tier approach, in which different agencies and departments of government were to identify existing projects in the first tier and then identify new projects in the second one.

All the projects were evaluated by the Department of Budget and Management before the National Expenditure Program was finalized, he said.