Oops! Yasay in no rush to return to US | Inquirer News

Oops! Yasay in no rush to return to US 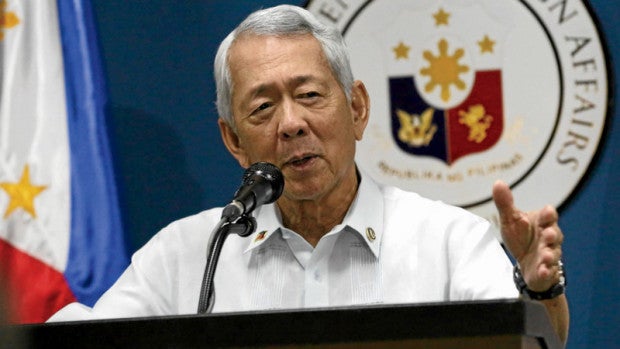 Foreign Affairs Secretary Perfecto Yasay said on Thursday he was not contractually obligated to return to a teaching job in the United States, but he would leave it up to President Duterte to decide whether to keep him at his current post.

Mr. Duterte, in a recent television interview, said Sen. Alan Peter Cayetano was ready to take over the Foreign Affairs portfolio from Yasay after the ban on appointing defeated candidates has lapsed.

Cayetano was Mr. Duterte’s running mate in the May 2016 elections. But under election rules, Cayetano could not be appointed to a government post for one year.

Asked to clarify whether he has to go back to teaching, Yasay said his stint as a visiting adjunct professor at the School of Law of the University of Hawaii for three terms began in 2003 and ended in 2005.

“I have no remaining contractual obligations to comply [with],” Yasay said. “My only commitment now is to serve the country the best way I can, the very best way I know how.”

Yasay, who was among the first officials named to the Cabinet by Mr. Duterte, said he would leave it to the President whether or not to keep him in the Cabinet.

“I serve at the pleasure of the President. But if he wants me to continue on as SFA (Secretary of Foreign Affairs) or assign me to another responsibility, that is his prerogative which I will comply with as a distinct honor and privilege,” he said.

The two of them were roommates at the Young Men’s Christian Association when they were taking up law at different schools. Mr. Duterte attended San Beda College while Yasay studied at the University of the Philippines.

The President earlier described Yasay as a “brilliant lawyer” and disclosed that he pleaded with him to join his administration.