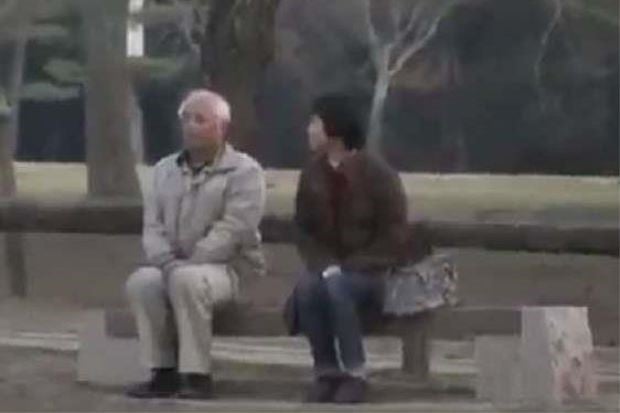 Otou Katayama had not spoken to wife Yumi for 20 years, until one of their children wrote to a reality TV show asking for help to fix it. THE STRAITS TIMES/ASIA NEWS NETWORK

A husband in Japan went for 20 years without speaking to his wife because he was jealous of the attention she paid to their children, according to reports.

Eventually, the couple’s desperate 18-year-old son wrote to a Hokkaido TV show asking them to fix the situation as he had never heard his parents have a conversation.

Dad Otou Katayama would reportedly only grunt and nod in response to wife Yumi’s efforts to speak to him, despite the pair having three grown-up children.

A meeting was arranged for the pair on a park bench where they had their first date, as their emotional offspring looked on.

“Somehow it’s been a while since we talked,” said Katayama, from Nara, in southern Japan, according to a Daily Mail report.

“You were so concerned about the kids.

“Yumi, up until now, you have endured a lot of hardship. I want you to know I’m grateful for everything.”

He said he was envious of the attention she gave the children.

“I was kind of… jealous. I was sulking about it. There’s no going back now I guess.”

Background laughter is heard when he recommends they speak again sometime.

It follows reports that Japanese men and women are giving up on dating and are instead simply marrying their friends, said the Independent.