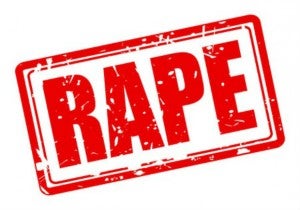 Benedict Longakit, 35, and Gajaymar Mariquit, 20, as well as a 17-year-old teenager were detained at the Liloan police station pending filing of charges.

Longakit, operator of an Internet cafe in Barangay Poblacion, Liloan, surrendered to police on Dec. 31 while the two others were arrested on Dec. 29.

PO3 Rolinda Flores of the Liloan police station’s women’s desk, said the two girls accused the three of raping them about 1 a.m. on Dec. 29 in Barangay Jubay, Liloan town.

They claimed that the two got down from a habal-habal (motorcycle-for-hire) they were riding after the three suspects invited them for a drinking session about 11 p.m. of Dec. 28.

They didn’t drink with them then but went inside the internet cafe to surf the net.

It was only after they were done surfing that they joined the suspects in their drinking spree.

About 1 a.m., they all rode Longakit’s pickup and were headed to Compostela town.

But Longakit took a shortcut in Barangay Jubay instead of going through the national highway.

Longakit allegedly stopped the vehicle in a dimly lit area and pointed a gun at the girls and threatened to kill them if they wouldn’t give them what he wanted.

The girls were asked to take off their clothes and lie on the grass as the men took their turns in raping them.

After they were done, one of the girls told the suspect that they had to pee. The girls then escaped and  ran to a resident, who reported to the police.  SFM/rga