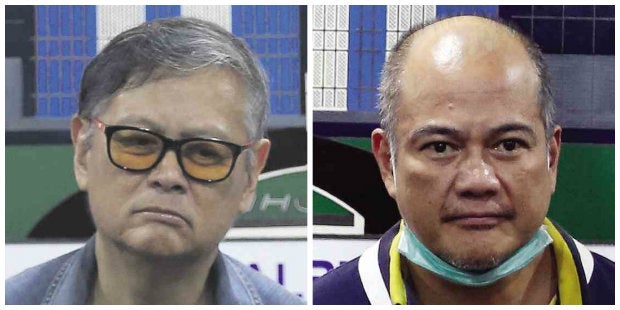 The family of slain journalist Gerry Ortega on Friday demanded tight security for former Palawan Gov. Joel Reyes, one of the alleged masterminds behind the murder, to prevent the latter from escaping again.

Reyes, who was rushed to a hospital in Palawan for his acute gastroenteritis with severe dehydration, had requested to be flown to Manila for at least three days to undergo medical tests for his chest pains.

The Ortega family said they had been informed on Wednesday that Reyes was rushed to hospital on Dec. 24.

“Our family implores the authorities to please guarantee tight security in order for proper court proceedings to continue,” the Ortegas said in a statement.

They said their lawyers “interposed no objection” on Reyes undergoing medical tests at St. Luke’s Medical Center-Global in Taguig City, “provided that security to and from Manila is adequate and that he will immediately be brought back to the Puerto Princesa City Jail thereafter.”

The family also mentioned the escape of Reyes and his brother, former Coron Mayor Mario Reyes, from the country in 2012.

“We are calling to mind the escape of the Reyes brothers in 2012 that put a halt on the wheels of justice for more than three years,” they added.

Ortega was shot and killed by a gunman who was allegedly hired by Reyes.

Reyes’ former bodyguard said he was ordered by his employer to devise and execute the plan to kill Ortega, a popular radio broadcaster who had been criticizing the former Palawan governor.