Duterte: Complain to God if you have something against my mouth, character | Inquirer News

Duterte: Complain to God if you have something against my mouth, character 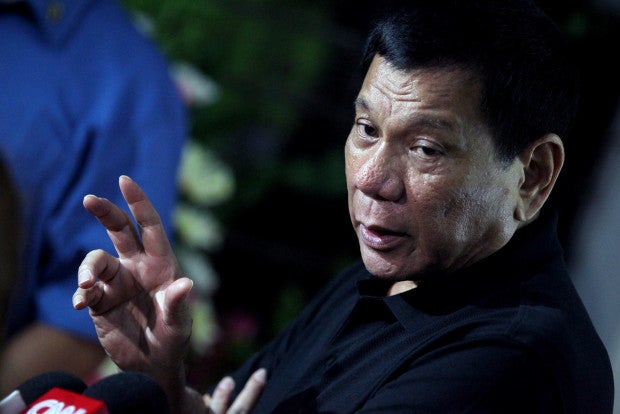 President Rodrigo Duterte on Thursday advised that if anyone has something against his mouth and character, they should “go to God and complain.”

“If you have something against me, my mouth, my character, go to God and complain, siya ang may gawa, siya ang (he is the one who made me, he is) to be blamed,” he said in an interview with ANC.

Duterte, even before he took office is a tough talker and has been repeatedly told about his mouth.

Congress earlier said that his foul mouth is wrecking the Philippine economy, and his allies even advised him to keep his mouth shut and open it only after he have learned to talk like a president.

The former mayor of Davao City has the reputation of being a foul-mouthed leader and has gathered worldwide attention after he issued controversial statements since he won the presidential elections —dissing Pope Francis for heavy traffic in Metro Manila, cursing US President Barack Obama and United Nations Secretary General Ban Ki Moon, praising Adolf Hitler and calling former US Ambassador Philip Goldberg “bakla” (gay). TVJ