Quezon declares state of calamity after P150M loss from ‘Nina’ 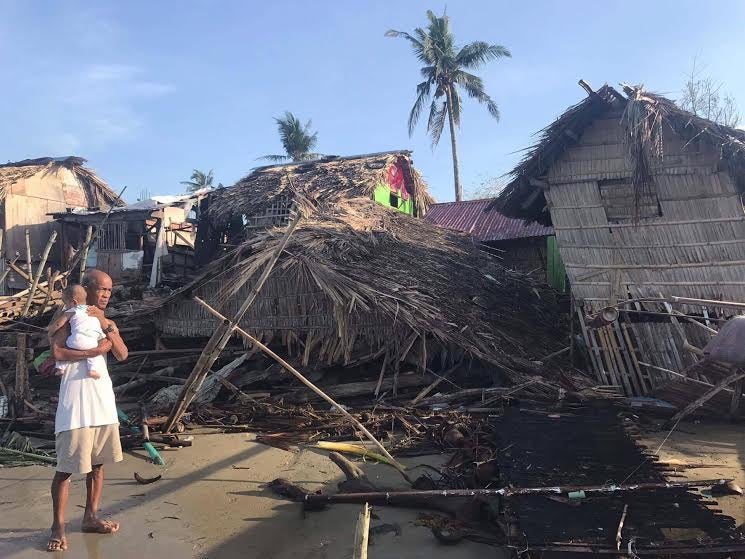 Houses made of light materials collapsed under the force of winds brought by typhoon
“Nina” (international name: Nock-ten) in Quezon. (CONTRIBUTED PHOTO)

The state of calamity declaration was passed by the Sangguniang Panlalawigan in a special session held Wednesday so that local government agencies could tap emergency funds for relief and rehabilitation.

Records of the Provincial Disaster Risk Reduction Management Council) show that 28,400 residents of 26 towns were displaced by the typhoon or lost properties or valuables and some form of livelihood when Nina hit the Quezon province early Monday.

The towns of San Andres, San Narciso, San Francisco and Mulanay in the Bondoc Peninsula area (3rd district) were the hardest hit.

Governor David Suarez said they have been urgently working to restore communication and electricity in affected areas. The 3rd district has been experiencing a power blackout and erratic signals of cellular mobile phones.

Sonia Leyson, Quezon-DSWD chief, said they have been distributing food packs for the typhoon victims in the towns of San Andres, San Narciso, Mulanay and San Francisco and in other parts of the province.

Senior Supt. Rhoderick Armamento, Quezon police director, has dispatched the whole police force in the province to help the evacuees return to their homes.

The police have all been tasked to help clear the Maharlika Highway and other major roads of all typhoon debris, mostly felled trees, which were blocking motorists. The roads are now passable.  SFM