4 of Rizal’s ‘Highway Boys’ killed by cops, 13 others nabbed 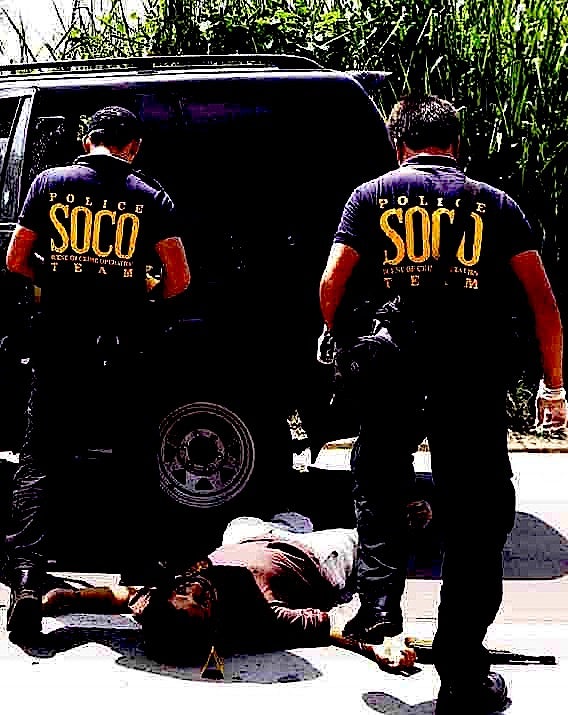 SAN PEDRO CITY, Laguna — A group allegedly responsible for various crimes and known for pouring concrete over the bodies of their victims were encountered by the police in Cainta, Rizal, resulting in the arrest of 13 and the killing of four, police said Wednesday.

The lawmen also recovered two bodies of the group’s victims at the crime scene and in a nearby river on Tuesday and Wednesday.

The police encountered the group of suspects known as “Highway Boys” around 11:30 a.m. on Tuesday.  The lawmen were responding to a call from a concerned citizen about gunshots heard near a river in Barangay (village) San Andres.

At the scene, they found the 25 suspects mixing concrete next to a cooler box that contained a dead body.

“They (suspects) broke the man’s bones so the body could fit into the cooler. It was like a pillow stuffed into a box that was so gory we did not record the scene on video (for police documentation) anymore,” the Cainta police chief, Supt. Marlon Gnilo,  said in a phone interview.

The suspects opened fire as they scampered away, prompting a shootout. Four still unidentified suspects were killed.

Among those who had escaped were identified as Jun Augis, Ruben Bajo, and an alias Pudong and alias Dondon.

“This group was what we called an ‘all-around’– they were involved in robbery, hold-up, but of late, illegal drug pushing,” Gnilo said.

Gnilo said they recovered the second body stuffed inside a plastic drum and covered in cement off the river at around 2 p.m. on
Wednesday. The police were still searching the vicinity to find out if there could be more bodies.

None of the two male victims had been identified yet.

He said a possible motive in the killing of the two victims had something to do with the illegal drug trade.  SFM