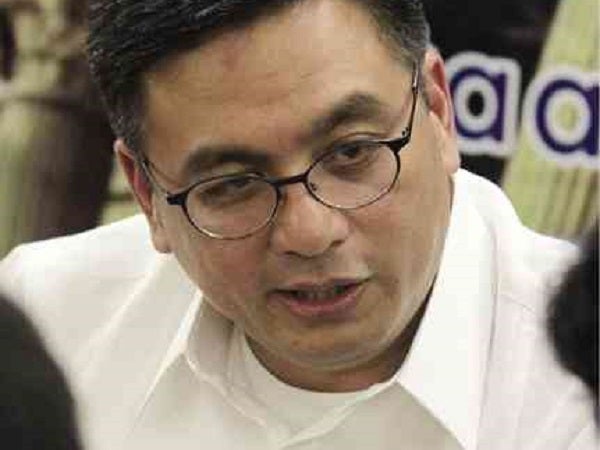 Solons in the House of Representatives were not pleased with the statement of President Rodrigo Duterte that the declaration of martial law should not be with the approval of Congress and the Supreme Court.

In a statement on Friday, Muntinlupa Rep. Ruffy Biazon reiterated the role of Congress to determine if there is justification for the declaration of martial law, such as rebellion, invasion or lawless violence.

He added that the Supreme Court is also a venue for the people to express their grievances.

“As designed, the current set up as provided for by the Constitution ensures the protection of the people’s liberties and rights while at the same time enables the commander in chief to justifiably use force to suppress threats to peace and order and democratic way of life,” Biazon said.

Biazon appealed to Duterte to maintain this set-up of balance of power among the democratic institutions of government.

“It’s my opinion that it is in the better interest of the people to maintain a healthy balance of power between the democratic institutions of the executive, legislative and judicial branches of government while also providing a means for the State to protect itself and the people from lawless violence, invasion or rebellion,” Biazon said.

“Without these controls, the people will be vulnerable to abuse by despotic leaders,” he added.

For his part, Siquijor Rep. Rav Rocamora said he believed Duterte’s statement was only part of the President’s “outburst.”

“I would like to believe that President Rodrigo Duterte’s statement regarding removing the constitutional provisions (Section 18, 1987 Constitution) which gives Congress the power to revoke or extend the declaration of martial law and the Supreme Court the power to review the same is but another uncounseled outburst of his frustrations bound to be withdrawn or watered down in the near future. He had been so used to untrammeled governance as mayor of Davao City,” Rocamora said.

Rocamora lamented that Duterte wants a radical solution that would violate the democratic checks and balances.

“Now he is slowly finding that control in the national/international scene is a totally new ballgame. As a remedy he wants a radical solution that tramples on the very fabric of our democracy, i.e. the principle of checks and balances. We had the sad and tragic experience of martial law years that we now cry ‘never again,'” Rocamora said.

Rocamora said he has complete faith among his colleagues that Congress would not undermine democracy even though his colleagues are part of the supermajority of allies of the administration.

“I am not worried. Other than the sure possibility of a turn around, I don’t believe Congress will allow such transgression on our democracy. Super majority notwithstanding, I still have full faith in my fellow solons,” Rocamora said.

For his part, Cibac Rep. Sherwin Tugna said he believes Congress should maintain the checks and balances.

“This is President Duterte’s aspiration and this is what he wants to happen, in case Congress opens up the debate on the Constitution. This will be thoroughly debated and argued, once it is in the plenary. Details will be discussed. It is hard to concentrate power in the hands of one person,” Tugna said.

“There should always be check and balance,” he added. JE/rga