Tourism industry in Eastern Visayas getting back on its feet 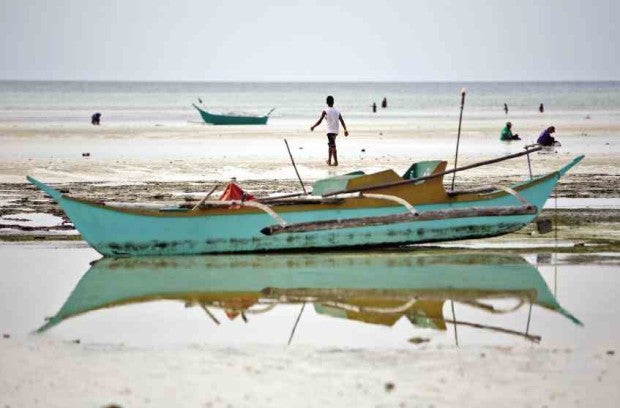 Recovery is the only way to go for many survivors of Supertyphoon “Yolanda,” like what the tourism industry of Eastern Visayas and this fisherman in Santa Fe town in Bantayan Island, Cebu province, are doing. —LITO TECSON/CEBU DAILY NEWS

TACLOBAN CITY—The tourism industry in Eastern Visayas is back on its feet after being dealt its biggest blow by Supertyphoon “Yolanda” (international name: Haiyan), the world’s strongest storm to ever hit land.

Records from the Department of Tourism (DOT) in Eastern Visayas showed that more than a million tourists visited the provinces of Leyte, Southern Leyte, Samar, Eastern Samar, Northern Samar and Biliran last year, contributing at least P9 billion to the economy of Eastern Visayas.

Bulk of the tourists, however, still remain to be “domestic” or local. Only more than 42,000 foreign tourists visited the region.

In 2013, the year Eastern Visayas fell on its knees because of Yolanda, the DOT reported more than 731,000 tourists bringing in income of P3 billion to the region.

“I believe that what happened to us three years ago put us in the world news and whether it was bad or good, we made news,” Tiopes said.

“There is now name recall (for the region),” she added.

The increase in tourist arrivals, particularly in Tacloban City, the regional capital, has resulted in new hotels operating.

There are now about 80 hotels in the city. Next year, a new hotel with 138 rooms would open.

Tiopes said more foreign tourists are now inquiring about places to visit in Eastern Visayas, which has its share of powdery white beaches, caves, waterfalls and diving sites, among other natural wonders.

She said the department is projecting a “double figure” growth in tourism in the coming years.