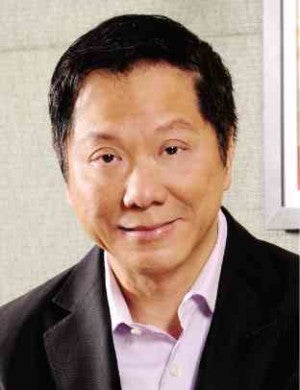 The group of property tycoon Andrew Tan has committed as much as P1.2 billion to build several modern drug rehabilitation and treatment facilities in partnership with the government, backing President Duterte’s centerpiece program to eradicate illegal drug abuse.

This was announced on Tuesday by the tycoon’s son, Kevin Tan, executive director at Alliance Global Group Inc. (AGI), during the signing of the deed of donation for a new 500-bed drug rehab center in Taguig City.  This is the second site committed by the group following the earlier announcement on a similar project in Davao.

Targeted for completion in 2018, the new facility will rise on a 6,852-sqm lot inside Camp Bagong Diwa, adjacent to an old and overcrowded facility which serves about 1,000 drug reformists, or double its ideal capacity.

Under the contract, AGI will design and build the new facility, which will be run and managed by the Department of Health (DOH).  The new facility will offer a wide range of services and amenities such as a physical therapy center, out-patient department building, support building, ward, swimming pool, basketball court and gym.

“We plan to build more in other parts of the Philippines. So this is basically just the start of many, many more facilities that we hope to build along with the DILG (Department of the Interior and Local Government) and DOH,” Tan said in a press briefing after the signing ceremony.

“Alliance Global expresses its full support to the ongoing drug rehabilitation program of the government.  This modern facility is part of the company’s social responsibility in helping the government accommodate the rising numbers of drug surrenderers and help prepare drug dependents to slowly regain their normal lives in a safe and healthy way,” Tan added.

With a P1.2-billion budget, Tan said, the group would have enough to build one or two more facilities, possibly in the Visayas and/or Mindanao.  The group is still finalizing the cost structure for the upcoming facility in Taguig.

Nearly 900,000 drug users have voluntarily surrendered since the Duterte administration intensified the campaign against drugs, according to Ubial.   “We’re trying to expand the capacity of DOH so we can address this problem.”

Cayetano said this facility won’t be for the exclusive use of Taguig residents but “will be shared with other cities.”

As of end-2015, there were only 44 DOH-accredited drug rehabilitation centers nationwide.  Of these, 15 are government-owned and have a combined capacity to accommodate 5,300 in-patients.

Tan’s group, through Resorts World Foundation, also earlier broke ground for a drug rehab facility to be built on a 19,909-sqm lot in Malagos, Davao City, targeting it for completion by end-2017.