8 of 10 Filipinos fear getting killed in drug war 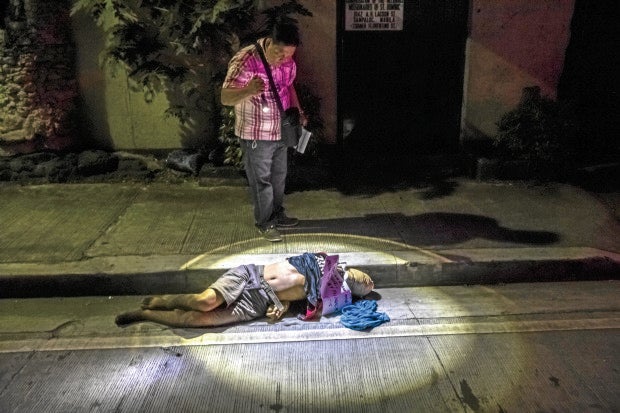 About 85 percent of Filipinos are ‘satisfied’ with the antidrug campaign of the Duterte administration despite 78 percent of them fearing that they could fall victim to extrajudicial killing. That was the result of the latest Social Weather Station survey done from Dec. 3 to 6, 2016. INQUIRER FILE

Nearly 8 out of 10 adult Filipinos are worried that they, or someone they know, would fall victim to extrajudicial killing amid the ongoing antidrug campaign of the Duterte administration, the latest Social Weather Stations (SWS) survey showed.

A total of 78 percent of 1,500 respondents asked in the nationwide SWS survey expressed worry that they or someone they know would be killed.

The results of the study done from Dec. 3 to 6 first came out of BusinessWorld. It had a margin of error of + or – 3 percentage points.

Despite the high incidence of worry, 85 percent of the respondents said they were satisfied with the government’s war on drugs. With 8 percent “dissatisfied,” this equates to an “excellent” net rating of +77 percent. CBB/rga