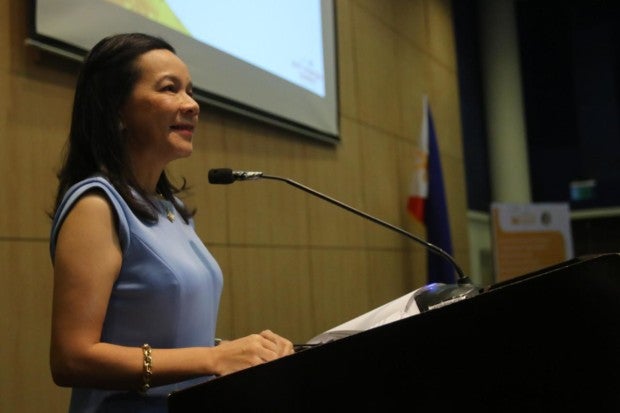 Sen. Grace Poe has brought to the Senate floor a bill seeking emergency powers for the chief executive for two years to address the crippling road congestion crisis.

Poe, chair of the Senate committee on public services, endorsed the proposal to the plenary on the last day of session for the year, as she urged the government to ensure a determined pursuit of traffic solutions.

Poe called the debilitating traffic problem “a crisis of national significance requiring urgent, immediate and focused actions from the government.”

“Congress needs to declare a national emergency with regard to traffic congestion, because traffic from highly urbanized areas is now spilling over to nearby localities and causing businesses and people to lose money and opportunities,” said Poe in her sponsorship speech.

“It is now time to untangle the mess, one that is so grave and great that it needs emergency powers to straighten it out,” she said.

She also urged the public to do its part and observe “self-discipline” and follow road rules.

“I also appeal to our kababayans, let us follow traffic rules. Let us not get off (vehicles) in the middle of the road. Use proper crossings even if it’s far from where you are. Do not counterflow,” she said.

She also called out “pasaway” (deviant) public utility vehicle and tricycle drivers who would still “stop on a green light just to get passengers or create terminals where there are none.”

Poe noted how the country is losing P3 billion a day due to traffic, a figure that may increase to P6 billion a day by 2030, according to estimates by the Japan International Cooperation Agency.

“Ang lakas natin magreklamo tungkol sa trapik pero tayo rin minsan ang sanhi. Huwag ganun (We complain so much about traffic but sometimes, we are also the cause. Don’t be like that),” said Poe in her speech late Wednesday afternoon.

“You don’t need someone to spank you just to discipline you. We should exercise self-discipline,” she said.

The proposal, which consolidates four measures for expanded executive authority, would grant President Duterte emergency powers for two years, during which he could authorize agencies to use faster procurement methods for transportation infrastructure projects.

These include “selective bidding, direct contracting, negotiated procurement and other modes under existing laws” to speed up the completion of transportation projects.