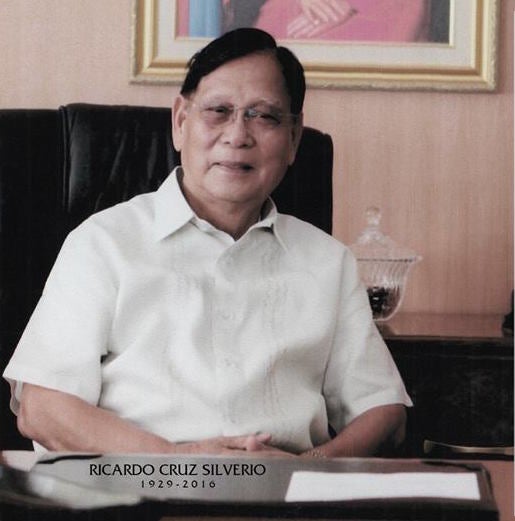 CITY OF MALOLOS — Industrialist and former Bulacan Rep. Ricardo Silverio Sr., who founded the Delta Motors Corp., died on Sunday after suffering a cardiac arrest. He was 87.

He will be buried on Thursday (Dec. 15) at the memorial park in his hometown San Rafael in Bulacan province.

Silverio founded Delta Motors Corp. in 1961 and acquired the exclusive right to assemble and distribute Toyota cars and trucks in the country.

Delta Motors grew rapidly and became the flagship of a business conglomerate composed of close to 50 firms here and abroad.

He also ventured into the airline business through Delta Air.

Born to a poor family in San Rafael in 1929, Silverio rose to become one of the richest businessmen in the country.

He started as a salesman for a textile firm in Divisoria, which he later bought. That allowed his family to build an import-export company before he set up a business group composed of 46 companies and two overseas firms.