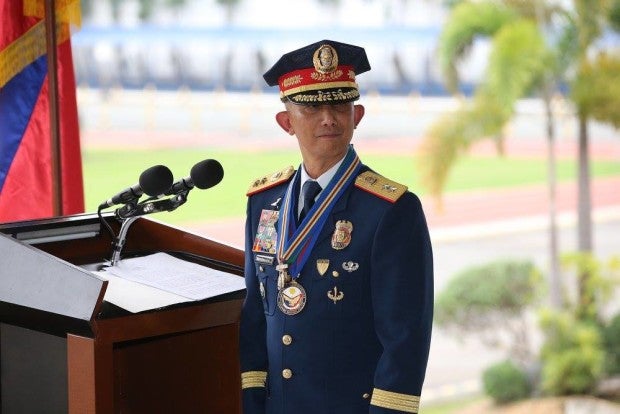 Upon seeing the outcome of the Philippine National Police-Board of Inquiry’s investigation on the Mamasapano debacle, Police Director Benjamin Magalong knew what his fate would be.

Magalong’s task to head the investigation on the ill-fated encounter in Mamasapano, Maguindanao that took lives of 44 elite police commandos took a heavy toll on his career.

“When I saw our initial findings, I knew what my fate would be. I have accepted it from the start,” Magalong told INQUIRER.net in an interview on Wednesday.

The eight-member BOI’s investigation on the tragedy that shook the nation held former President Benigno Aquino III and several police officials liable for the outcome of the Special Action Force’s operation against Malaysian terrorist Zulkifli Bin Hir and his henchman Abdul Basit Usman on January 25, 2015.

Since he took on the challenge of spearheading the probe, Magalong bid goodbye to his career ambitions despite having a good chance of being selected as the chief of the 160,000-strong PNP.

After 38 years in the police force, the bemedalled officer from Pangasinan will bow out of service with only two stars on his collar.

This even as he holds the third highest position in the PNP as the deputy chief for operations, overseeing all major law enforcement activities, including the government’s bloody war on drugs.

But if anything good came out of it, Magalong said at least he was able to help the PNP regain its credibility to the public.

“Now the public can say the PNP is credible, that they have proven it in this investigation that they are capable of divulging and pursuing the truth,” he said.

Until the last few months before his retirement, Magalong was similarly put in tight situations, defending the PNP in a series of congressional hearings on the alleged summary killings committed by the police and the “rubout” that killed former Albuera, Leyte Mayor Rolando Espinosa.

“The most challenging part there is you have to draw the line between looking after the welfare of your men and protecting the interest of the organization,” he said.

As a seasoned investigator, Magalong said he managed to prevail over “influential people” who try to pressure him to whitewash the results of the probe involving them.

Chief the PNP never had

Magalong was given retirement honors on Wednesday afternoon at the PNP headquarters in Camp Crame.

For his impressive record as a police officer, some would regard him as the chief the PNP never had.

In a speech read by his mistah PNP’s second in command Deputy Director General Francisco Uyami, PNP chief Director General Ronald “Bato” Dela Rosa echoed this, saying he would have been glad he had worked with Magalong as chief of the national police.

Magalong said: “I get flattered. But I can’t do anything about it now. What’s good is that I have lots of ups and downs, I was way, way down but I managed to rise again. At least now I feel good that I’m retiring on a high note.”

Asked if he’s still willing to work in the government after his retirement, he said he wants to take a break first and spend time with his family.

Aside from CIDG, he also held sensitive posts as the director of the PNP’s Directorate for Investigation and Detective Management, as regional director of the Cordillera police, and chief directorial staff of SAF.

Tracing roots from Pangasinan, Magalong came from a family of engineers. Before entering the PMA, he took an undergraduate engineering course at St. Louis University in Baguio City.

Magalong was also one of the few police officers who underwent intelligence training at the prestigious Federal Bureau of Investigation academy in 1996.

While in SAF, Magalong founded the Sniper Unit and the Seaborne Company, whose men served as the main effort during the Mamasapano operation. He also led SAF troopers during a siege involving Abu Sayyaf Members at Camp Bagong Diwa in Taguig City in 2001.

In 2006, Magalong was charged with rebellion along with other SAF officials for participating in a coup attempt against then President Gloria Macapagal-Arroyo. He was later exonerated of the charge.

A year later, he was transferred to the Philippine Drug Enforcement Agency. In 2010, he went back to the PNP, holding key positions in the Quezon City Police District before serving in his hometown in Cordillera Region. JE