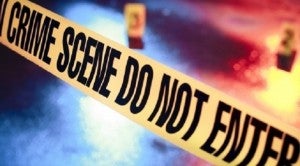 KORONADAL CITY — A night of fun and reunion turned bloody in President Quirino town, Sultan Kudarat, when a lone gunman killed a defeated mayoral candidate and two others, and injured another party-goer on Sunday night, police said.

The gunman, armed with an M-16 Armalite rifle, arrived and opened fire on the victims attending a Christmas Party and reunion in Barangay Katiku in President Quirino town.

Senior Supt. Raul Supiter, Sultan Kudarat provincial police director, said the gunman attacked at about 7 p.m. in the house of Peter Dumrique who lost in the mayoral election last May.

Supiter said the victims were at Dumrigue’s home in Barangay Katiku, enjoying the night through singing and fun when the gunman opened fire. The three died on the spot while Mateo was in critical condition in an undisclosed hospital.

Supiter said the attacker was alone but had an accomplice who drove the getaway vehicle, a motorcycle.

“Our investigation showed Dumrique was the main target of the assassin,” Supiter said.

Before the shooting, Dumrique had sought security and a police officer and a soldier from 33rd Infantry Battalion were assigned to guard him.

His police escort, SPO1 Jonathan La Forteza, managed to return fire but missed the gunman who fled on board a motorcycle driven by a companion.  His military escort, Army Corporal Ruel Dordas, was not around during the attack.

Supiter said the motive for the killing was still being determined as of this posting.  SFM