Life a blast away from Bulusan 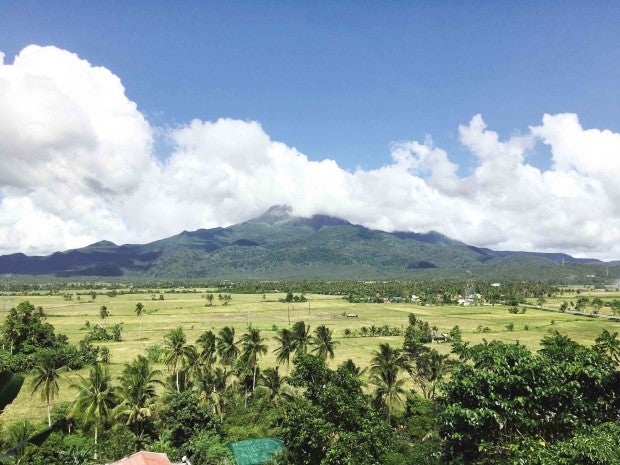 Irosin, the only landlocked town in the province of Sorsogon, sits on top of a caldera and under the constant shadow of Mt. Bulusan.

Residents, however, have learned to cope with danger and go on with their daily lives in the shadow of an active volcano.

Abelardo Besmonte, 58, acting village chief of Mapaso, recalled how his neighbors panicked and cried when Bulusan erupted in 2006. They were unprepared that time.

When they heard the blast, followed by ashes cascading down the slopes, everyone ran in fear until they reached safe grounds, he said. 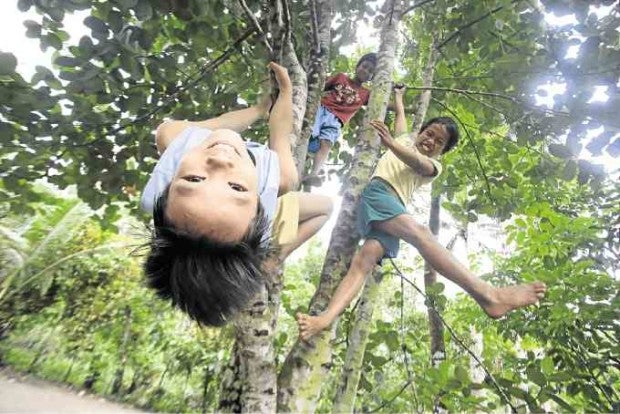 CHILD’S PLAY Amid danger in their midst, children in Sitio Amoqued, a community just 2.5 kilometers away from Mt. Bulusan, enjoy the outdoors. — PHOTOS BY MARK ALVIC ESPLANA 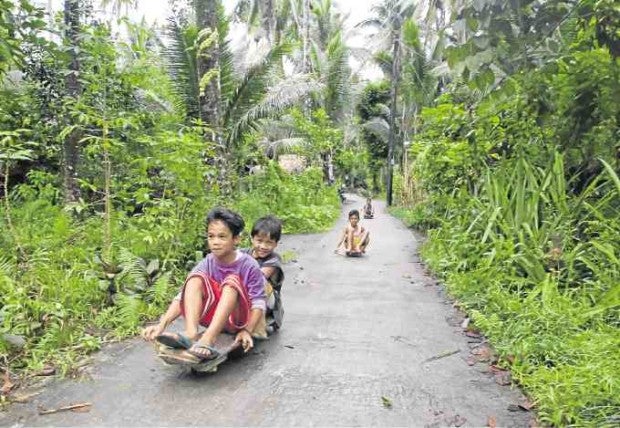 CHILD’S PLAY Amid danger in their midst, children in Sitio Amoqued,
a community just 2.5 kilometers away from Mt. Bulusan, enjoy the outdoors. — PHOTOS BY MARK ALVIC ESPLANA

Since then, the people have prepared themselves to deal with recurring eruptions, thanks to the training sessions given by government and nongovernment organizations.

Every family now sets aside provisions—clothes for a day, food and a small amount of cash—for use when the volcano acts up.

According to Crispulo Diolata Jr., resident volcanologist, underneath Irosin’s 28 villages is the caldera created 40,000 years ago during a violent eruption that spawned the present-day volcano. The caldera is formed by the collapse of magma chamber, 200 meters deep and 11 kilometers wide. 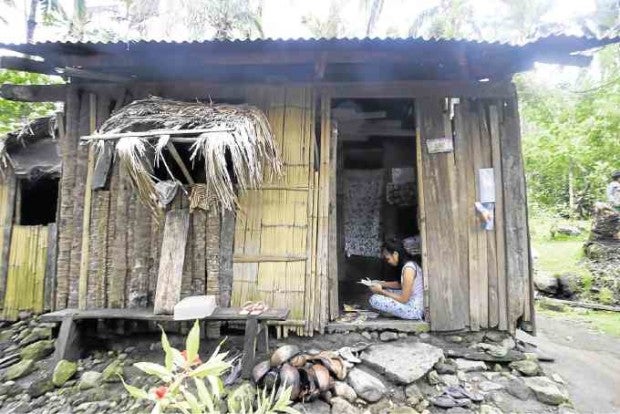 Grade 8 student Gemma Balderama prepares her homework in their house in Mapaso.

It is thus not remote that within the caldera, where the town center straddles, volcanic vents may appear anywhere, Diolata said.

Mayor Alfredo Cielo Jr. worries that new vents might appear in villages at the foot of the volcano, aside from continuing threats of lahar flow when heavy rains come.

Three vents have appeared in the west northwest, southwest and southeast flanks of Bulusan since the 1980s, Diolata said .

During the 2006 eruption, Romeo Lozada, 65, saw a thick cloud of ash showering down the slope. Like a black drape blanketing from the crater, the ashes engulfed his house about 2 km away in the village of Mapaso (the name translates to “hot”) and everything on its path after a blast.

The farmer, his wife and 10 children were able to flee in the nick of time. 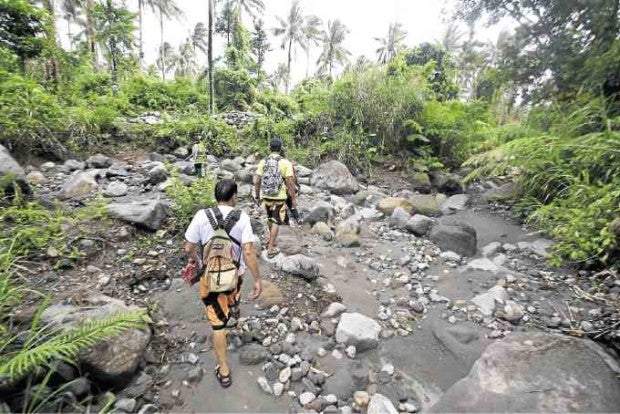 Community volunteers visit Mapaso, where residents, like Jericho Flover, 12, (right) and his family live off the land.

Bulusan has continued its rambling, making the villagers anxious and scared, but they have nowhere to go, said Besmonte’s wife, Salvacion.

Besmonte would not leave his village even if the government offers a relocation site. He depends solely on coconut growing to feed his family in his 12-ha farmland he inherited from his parents. The farm lies within the 4-km danger zone.

According to Mayor Cielo, Irosin has prepared a 10-ha relocation site in the village designed for 788 houses under a comprehensive municipal plan to respond to the persistent threat of Bulusan.

The site has roads and a drainage system, but no houses as funds have yet to be solicited from the national government, Cielo said.

“But there is no livelihood opportunity for farmers in the relocation site. We cannot provide this,” he said.

Whenever Bulusan acts up, Nancy Rodrigo, 42, and the other residents would seek shelter in two classrooms already assigned to evacuees in Mapaso Elementary School.

Rodrigo said older members of the community would work in their farms in the morning and return to the evacuation center in the afternoon. 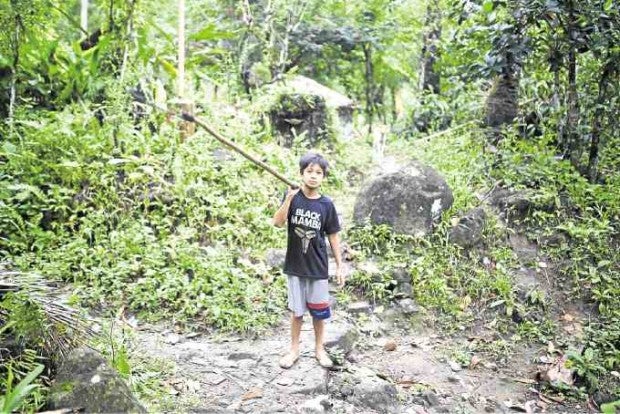 Community volunteers visit Mapaso, where residents, like Jericho Flover, 12, (right) and his family live off the land.

Those living in the permanent danger zone have developed resiliency to cope with the danger, Sorsogon Gov. Robert Lee Rodrigueza said.

He said the recent volcanic activity involving steam explosions did not send people to panic.

To his surprise, he found some still playing basketball and doing their daily routine when his team visited a village in the danger zone.

People know when to leave their communities when the situation worsens, Rodrigueza said. No serious eruption had occurred in recent years, he said.

The governor said farmers who used to live with their families in the upper portion of the volcano had moved to more secure areas downhill but maintained huts in areas where they farm.

In the 2006 eruption, volcanic ashes reached as far as Bulan town, more than 20 km away. Thousands of people were evacuated.

Rodrigueza, a volunteer that time, said his team took time to convince people to leave their villages.

But the province had to learn the hard way.

After the devastation, Rodrigueza said local governments and disaster response agencies had not found much resistance to convince people to move out of the danger zone.

The task has become easier because local officials and residents have learned what to do while the local network of response teams provide the basic needs of evacuees. 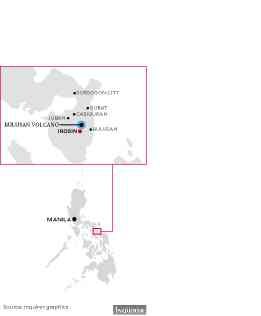