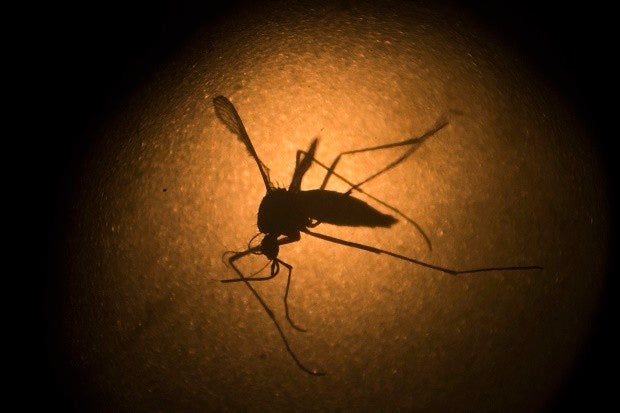 In this Jan. 27, 2016, file photo, an Aedes aegypti mosquito known to carry the Zika virus, is photographed through a microscope at the Fiocruz institute in Recife, Pernambuco state, Brazil. Texas on Monday, Nov. 28, 2016, reported its first case of Zika virus that likely came from a mosquito bite within the state. AP FILE PHOTO

DALLAS — Four more cases of Zika that were likely transmitted by mosquito bites in Texas have been found in the same neighborhood where the state’s first such case was discovered, state health officials said Friday.

The Texas Department of State Health Services said the new cases were found during tests conducted after the first homegrown infection, announced on Nov. 28, was found in a woman who lives in Brownsville, a town along the Mexico border.

The four people who were later diagnosed live close to the woman’s home and reported becoming ill between Nov. 29 and Dec. 1. Health officials believe they acquired the infections in the area before mosquito control efforts intensified following the initial case, department spokesman Chris Van Deusen said.

Florida is the only other state in the U.S. with locally spread Zika. On Friday, officials there said the popular tourist destination of South Beach was cleared of active transmission, though the virus remains a risk in Miami-Dade County.

Zika is primarily transmitted to humans by mosquitoes that have previously bitten an infected person, though sexual transmission can also occur. Most infected people don’t have symptoms, but for those who do, it’s usually a mild illness with fever, rash and joint pain.

But the disease is especially dangerous to pregnant women because it can cause severe birth defects, including babies born with unusually small heads. None of the people with homegrown Zika cases in Texas is pregnant, officials said.

Officials have gone door-to-door in the woman’s neighborhood to offer testing, education about the illness and how to prevent mosquito bites, and tips on how to eliminate mosquito breeding grounds, such as removing standing water.

Health officials said tests are ongoing in the neighborhood but no other Zika cases have been found.

Van Deusen also noted Zika could be introduced by a traveler from an area with an outbreak.

“Zika is something we’re going to need to be watching for the foreseeable future. It’s still circulating and it will be,” Van Deusen said.

The locally transmitted Florida cases were detected over the summer. Until then, all U.S. cases had been connected to people traveling to countries with outbreaks, mostly in Latin America and the Caribbean.

DOH: mosquito is Public Enemy No. 1