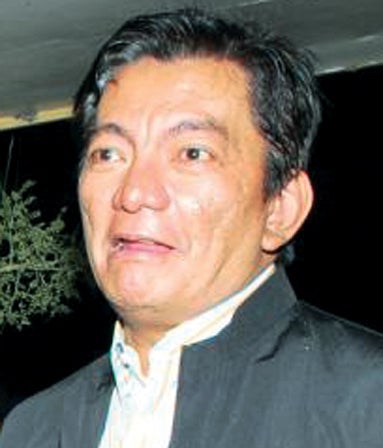 “He lost here during the elections, but he still showed that he is doing his job. What took the previous administration three years to do, he was able to do in four months,” Salceda said on Thursday, pertaining to the release of P700 million in funds for the construction of the landside facilities of the BIA and the bidding out of the P1.71-billion expansion of the airport.

President Duterte led the ground breaking rites for the landside construction of the BIA in this town on Thursday.

Salceda said the international airport would enable Albay to increase its foreign tourist arrivals to 1.25 million.

“In Bicol, our future is tourism. It is the most horizontal industry,” Salceda said. “In 2025, combine it with the train, we can achieve 5 million.”

“Duterte knows what the people need and care about every day. Here in Bicol, our strongest potential is tourism,” Salceda said. “This will also help our overseas Filipino workers (OFWs).”

The congressman also said that the projects would create 100,000 more jobs for Bicolanos.

In a previous Facebook post, Salceda said the project would induce multi-billion-peso investments in the next 10 years.

“We owe it to [Duterte] for being decisive,” Salceda said.

Architect Felino “Jun” Palafox has warned that airport’s runway infrastructure will be obsolete in 50 to 100 years because of the arrival of the new 800-seater planes.

He also said that the BIA would have to expand up to 2,000 hectares and have a six-lane road network to the airport.

But according to Salceda, the airport is modular and can accommodate rapid expansion once it is functioning.

Salceda added that Lance Gokongwei told him that Cebu Pacific would station three to five planes at the BIA to service other provinces in the country.

“We’re not just putting up an airport, we’re putting up a hub,” the congressman said. “It will increase economic activity.”

Although a bit hesitant to comment on the issue, Salceda also said that Vice President Leni Robredo’s resignation from Duterte’s cabinet was a lost opportunity.