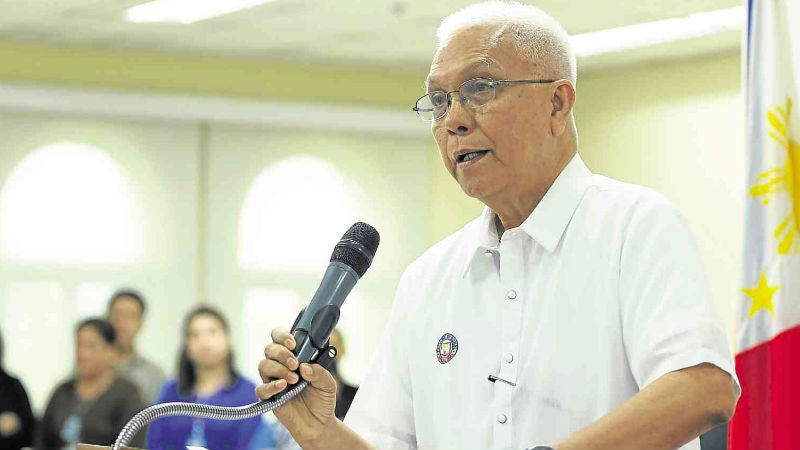 It’s not just the housing portfolio that Cabinet Secretary Leoncio Evasco has added to his responsibilities.

President Duterte has expanded the powers of Evasco through the issuance of Executive Order No. 9, which puts two new executive offices under his command.

The executive order, dated Dec. 1, creates the Office of Participatory Governance (OPG) and the Strategic Action and Response (STAR) Office, which are both under the Office of the Cabinet Secretary (OCS).

“There is a need to enhance and strengthen the organizational capability of the OCS in order to effectively address and monitor the delivery of the identified targets of the government and to ensure the streamlining and reengineering of the development thrusts of the administration,” the executive order stated.

The OPG is tasked to “promote and ensure the direct participation of various stakeholders in the crafting and formulation of policies and programs to address concerns at the grassroots level.”

The STAR Office, on the other hand, is supposed to ensure timely government response to the concerns of the public.

Under the STAR Office are:

The Presidential Complaint Center, tasked to put up a system to receive requests, complaints and grievances from the general public;

The Public Concerns Office, which used to be under the Presidential Management Staff, and is tasked to see to it that complaints and requests are promptly acted upon by concerned agencies;

The Quick Response Center, which would be the President’s direct arm in coordinating with all concerned agencies to immediately respond to critical incidents, crises or disasters.

The executive order also revives the Cabinet Assistance System, which would handle priority areas or subjects that require immediate attention, as recommended by department secretaries.

Recently, Mr. Duterte named Evasco head of the Housing and Urban Development Coordinating Council after the resignation of Vice President Leni Robredo from the post.