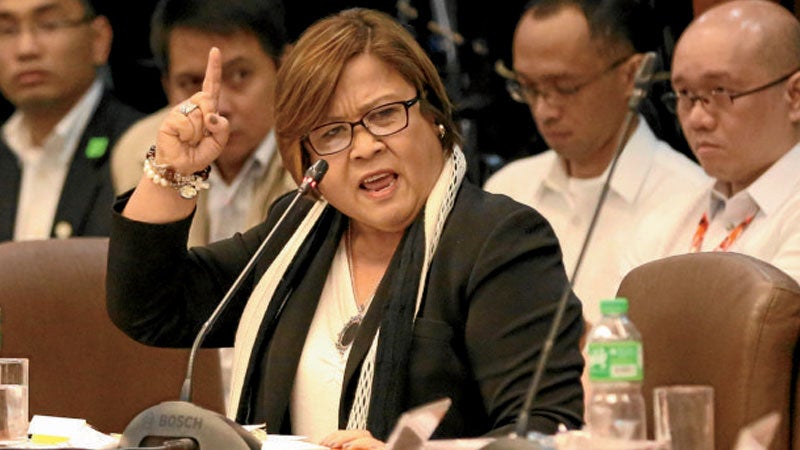 MANILA — Sen. Leila de Lima said on Tuesday that she has been facing “heightened security threats” as her enemies have intensified their monitoring of her.

De Lima said a source told her after Monday’s Senate hearing into the killing of Albuera, Leyte Mayor Rolando Espinosa Sr., that the monitoring on her by her enemies has been “heightened.”

She said the threats to her life started since she spearheaded the Senate inquiry into allegations of extrajudicial killings in the ongoing government war on drugs.

De Lima said her cell phones and landlines have been bugged and her physical movement has been monitored ever since she moved for a Senate inquiry into drug-related killings.

“I did not add more security. It’s just that my security is on full alert,” the senator told reporters.

President Duterte has made it his mission to put De Lima in jail, accusing her of collecting drug protection money from drug traffickers already imprisoned in the New Bilibid Prisons and from Visayan drug lord Roland “Kerwin” Espinosa Jr. to finance her election campaign for the Senate.  De Lima has denied the allegations, saying Duterte has been persecuting her for her advocacy to uncover the truth about the vigilante Davao Death Squad allegedly organized by Duterte when he was still mayor of Davao City and the extrajudicial killings of drug suspects in the Philippines.  SFM