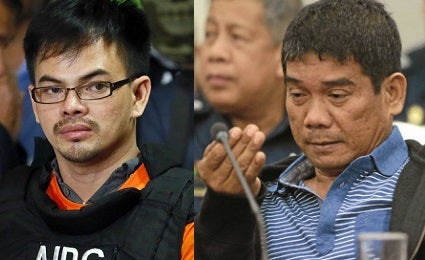 Two witnesses who have given conflicting versions on the alleged involvement of Senator Leila de Lima in illegal drugs faced the Senate committee on public order and dangerous drugs on Monday.

READ: Espinosa, Dayan to face off in Senate inquiry

It was Dayan’s first appearance in the Senate probe although he already testified at the House of Representatives’ committee on justice, where he claimed to have  collected money from Kerwin five times in 2014 for then Justice Secretary De Lima

Kerwin, on the other hand, earlier testified in the ongoing Senate probe where he also claimed to have given money to De Lima through Dayan in the latter part of 2015 and early part of 2016.

Kerwin said it was Albuera police director Chief Inspector Jovie Espenido who introduced him to Dayan.

But Dayan, in his testimony before the House committee, denied knowing Espenido, saying he only collected money from the suspected drug lord on De Lima’s order.

De Lima had repeatedly denied any involvement in the illegal drug trade. CBB/rga