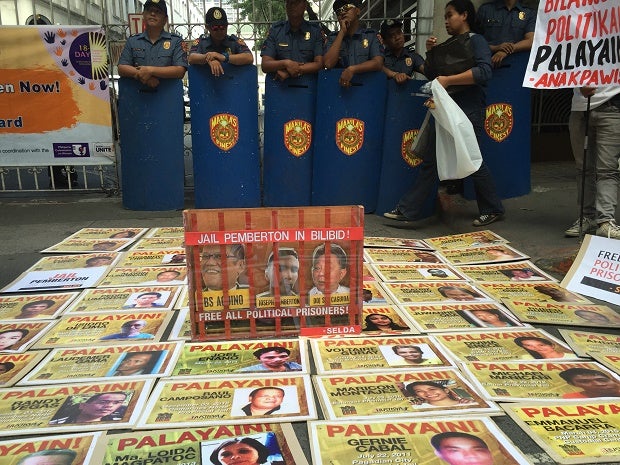 The House of Representatives’ special committee on peace, reconciliation, and unity (SCPRU) said it will fast-track a resolution calling on President Rodrigo Duterte to release all political prisoners.

Speaker Pantaleon Alvarez and SCPRU members led by Tawi-Tawi Rep. Ruby Sahali made the commitment during a briefing with the peace consultants of the National Democratic Front of the Philippines (NDFP), according to a statement by Bayan Muna Rep. Carlos Isagani Zarate.

“We hope that the release of political prisoners can be further expedited because most of them have been languishing in jail for more than 10 years. They should not wait for Christmas before freeing the political detainees because they have experienced the worst in jail,” Zarate said.

House Resolution No. 17, introduced by the seven-member Makabayan bloc, provides for the House to “strongly [urge] President Rodrigo Duterte to immediately release all political prisoners… for just and humanitarian reasons.”

Human rights group Karapatan said 400 political prisoners, 130 of them sick, continue to be detained despite Duterte’s promise to release them. NDFP consultants vowed to join an eight-day hunger strike that started Saturday, as calls for the President to make good on his promises rang in the aftermath of peasant leader Bernabe Ocasla’s death on Nov. 28./rga