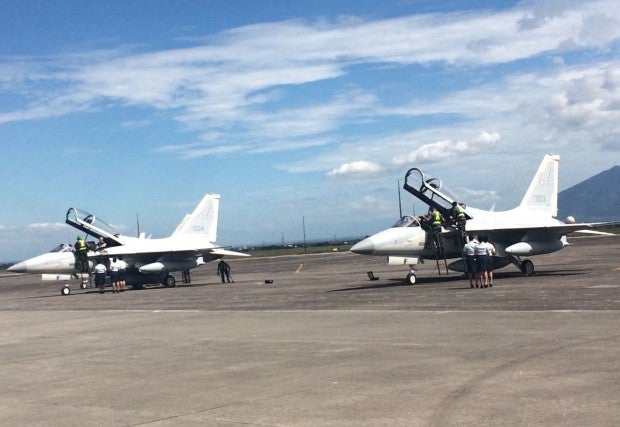 The second batch of a dozen fighter planes ordered from South Korea landed in Clark before noon on Thursday, raising the number of existing jets of the Philippine Air Force to four.

The two fighter jets left Kaohsiung, Taiwan, around 10:10 a.m. and were met by the first two FA-50s with tail numbers 0001 and 002 over Pangasinan. They made a diamond formation over Clark Air Base and were met with a water cannon salute when they landed.

The new FA-50s left South Korea on Nov. 29 and reached Taiwan on the same day.

The Philippine Air Force has ordered 12 planes from the Korea Aerospace Industries worth P18.9 billion, the biggest military capability upgrade in the modernization program. The first two fighter planes arrived last year. The rest of the planes will be delivered on a staggered basis until 2018./rga