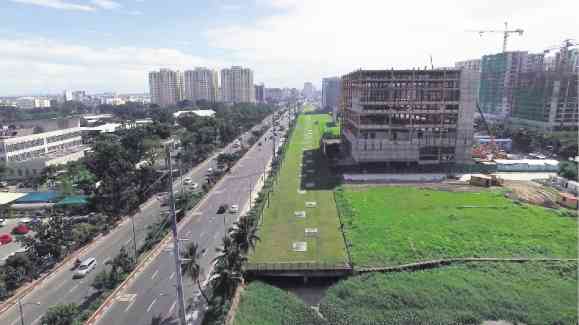 The Metropolitan Manila Development Authority (MMDA) is looking at opening a kilometer-long stretch of government property parallel to Roxas Boulevard either as a roadway or bike lane that can help decongest traffic in southern Metro Manila.

MMDA officer in charge and general manager Tim Orbos said the 20-meter-wide culvert, which runs from the agency’s Libertad pumping station in Pasay City to Baclaran in Parañaque City, was “discovered” by its personnel on Nov. 20.

The MMDA that day used a camera drone to map out the capital’s waterways and estero system, as well as identify structures and other obstructions that could not yet be reached by its cleanup teams.

In an interview with reporters on Monday, Orbos said the “very valuable” property along Roxas Boulevard can be turned into a four-lane highway, a bike lane or even a commercial center where vendors choking the streets of Baclaran may be transferred.

He noted though that a comprehensive assessment was still needed to determine if the structure could carry the weight of light vehicles.

Built during the term of then MMDA chair Bayani Fernando, the culvert was meant to protect the waterway underneath it from debris. The property has largely remained untouched, except for some portions used as parking space by some commercial establishments.

Since the MMDA has jurisdiction over all waterways in the capital, the agency has “all the rights” to the culvert, including right of way, according to Orbos. The MMDA had already discussed the matter with local officials, who expressed support to the agency’s traffic measures, he added.

“The next step is to write to the private entities that are encroaching on our land,” he said, adding that businesses that have put up structures on top of the government property would have to shoulder the demolition cost.