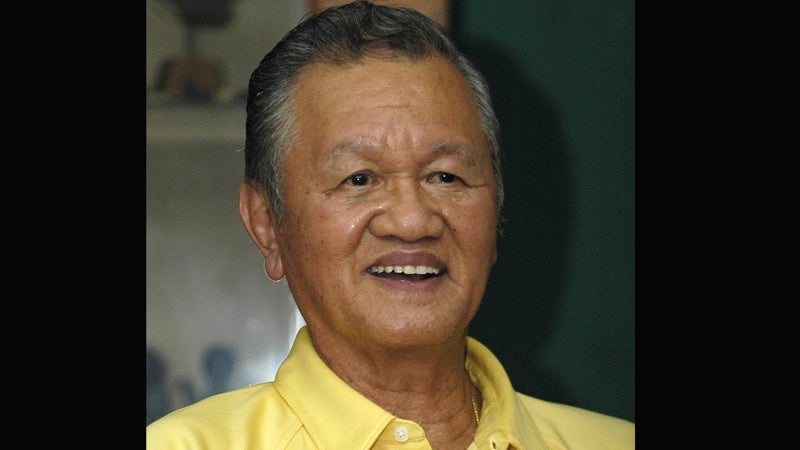 For a long time, his was a voice crying in the wilderness. Catholic priest Fr. Amado Picardal was among the first  to condemn extrajudicial killings attributed to the so-called Davao Death Squad. The outspoken clergyman helped investigate the spate of murders in Davao from 1998 to 2011. Now he is taking the fight beyond Davao and into the national stage as one of the spokespersons of Network Against Killings. The network has linked up with human rights watchdogs to document summary executions under the Duterte administration.

On his fourth term as Philippine Olympic Committee (POC) president, 82-year-old Jose “Peping” Cojuangco Jr. still has big dreams: a national training center of international standards, another Philippine win in the 2019 Manila Southeast Asian Games and harmony within the POC. All these after a group of sports leaders calling for reforms failed to stop the POC elections, resulting in Cojuangco’s unopposed run toward another four-year term.  Game over, get your act together, the controversial Cojuangco told his rivals.

“In awe.” That was a veteran journalist’s reaction to Nicole Aliasas, 22, the woman in black, clenched fist raised, standing alone at noon at the gate of Libingan ng mga Bayani to protest the surreptitious burial of ousted dictator President Marcos. Soon, journalists milled around her, sending the powerful image of this lone protester in a sea of Marcos supporters and a phalanx of government troops skyrocketing through cyberspace. Aliasas is a product of Philippine Science High School and University of the Philippines in Diliman.

Social Welfare Secretary Judy Taguiwalo finds herself between a rock and a hard place on the issue of the hero’s burial given dictator Ferdinand Marcos. Taguiwalo, one of the thousands of victims of human rights abuses under martial law, protested “the sudden and sneaky Marcos burial,” saying the late dictator “can never be a hero.” At the same time, she cites the many reasons for her to remain in the Cabinet of Marcos supporter President Duterte who had approved Marcos’ burial at Libingan ng mga Bayani.

Amando Tetangco Jr. is on track to becoming the longest-serving Bangko Sentral ng Pilipinas governor if plans push through to amend a provision in the Central Bank’s charter, limiting its governor to two consecutive terms. Tetangco, recognized as among the best central bankers in the world, is on his second term, which expires in July next year. President Duterte has reportedly authorized Finance Secretary Carlos Dominguez to ask Tetangco to stay for another full term.

Foreign Secretary Perfecto Yasay is one very lucky guy. At the annual Asia-Pacific Economic Cooperation (Apec) summit in Peru this month, he was thrust into center stage twice to represent an ailing President Duterte: first, at the official dinner of Apec leaders, and second, during its group photo. Now there’s talk that this former dorm mate of Mr. Duterte at YMCA hostel in Manila more than four decades ago may yet to become the next governor of Bangko Sentral ng Pilipinas.