‘Marcos burial has no substantial effect on peace talks with Reds’ 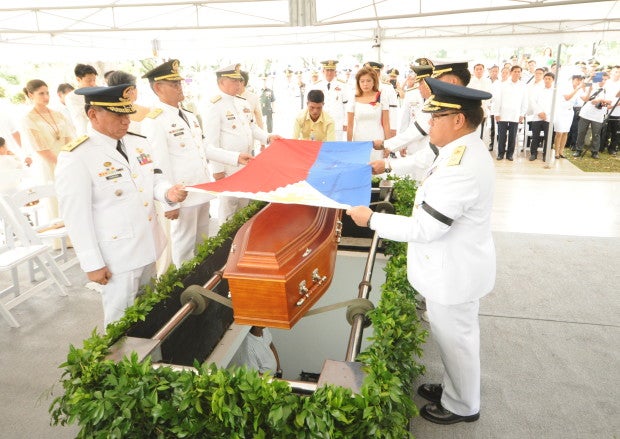 The burial of former president Ferdinand Marcos will have no substantial effect on the peace talks between the Philippine government and communist rebels, chief negotiator Silvestre Bello believes—PHOTO FROM FERDINAND E. MARCOS PRESIDENTIAL CENTER

The burial of former President Ferdinand Marcos at the Libingan ng mga Bayani will not have a “substantial” effect on the Duterte administration’s peace negotiation with communist rebels, the government’s chief peace negotiator said on Saturday.

(If there will be an effect, it will not be that substantial—meaning, this will not be a reason to stop the peace talks.)

In a peace forum in Baguio City on Friday, Jalandoni said the Duterte government had been “insensitive” to the victims of martial law tyranny for allowing the burial of the late dictator at the heroes’ cemetery.

Bello said Jalandoni had not mentioned to him personally the NDFP’s concern over the burial of Marcos at the Libingan.  But the chief negotiator insisted that the peace talks with the communist rebels had no “preconditions.”

(From the start, the peace talks did not come with any preconditions, that was clear under the declaration.)

He said the issue on Marcos’ burial should not hinder peace talks between the government and the communist rebels.

During their last meeting in Oslo, Norway, Bello said issues on how to address social and economic reforms had been tackled.

(These are considered the heart and soul of the peace negotiations because these are the areas that point out to the reasons why we have an internal armed conflict.)

The issue on addressing poverty and land reform would also be discussed in succeeding meetings, he added.

“Ito ‘yung mabibigat na issues kaya ‘yung issue ng paglilibing kay Marcos eh masyadong ano ‘yan, maliit na bagay ‘yan na dapat hindi makakaapekto sa usapang pangkapayapaan (These are the issues which we should focus on, unlike the burial of Marcos, which is a trivial issue and should not affect the peace talks),” he said.

The government and the NDFP have been in the negotiating table and had met in Oslo, Norway, to pursue peace agreements which were stalled in the past administrations.

Left-leaning Cabinet members of the Duterte administration have expressed their opposition over the burial of Marcos, but also decided to remain in his government. IDL