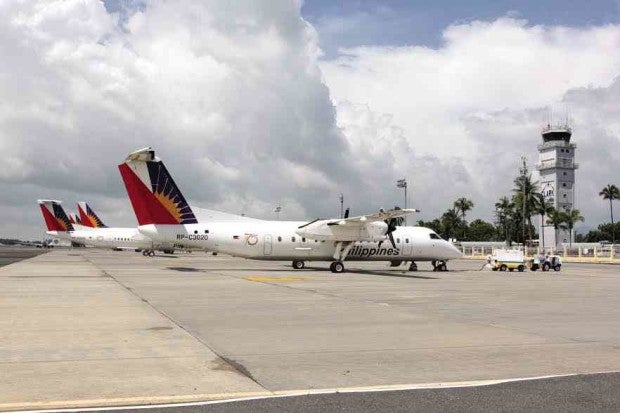 CLARK FREEPORT—The “Build, Build, Build” mantra of the Duterte administration is not all talk, at least where it concerns the Clark International Airport (CRK) and the Clark Green City (CGC).

Alexander Cauguiran, president of the state-owned Clark International Airport Corp., signed a memorandum of agreement with the Department of Transportation on Monday for the release of P2.89 billion to implement the civil works required for CRK’s new terminal.

The deal took place on the 24th commemoration of the pullout of American troops from the former Subic Naval Base on Nov. 24, 1992.

Cauguiran said P800 million of the allocation was sourced from the General Appropriations Act (GAA) in 2015 while the balance of P2.09 billion was drawn from the GAA in 2016.

The National Economic and Development Authority approved the P800 million for a study on a new terminal that can handle three million passengers.

Of the P2.89 billion, P330 million would be spent on a detailed engineering design from which the terms of reference for the new terminal project would be made, Cauguiran said.

The rest of the amount would be spent on taxiways, a ramp and an apron for the new terminal in the 1,500-hectare civil aviation complex.

Cauguiran said the Duterte administration is reverting to the original proposal to build an 8-million capacity terminal and other facilities initially worth P15 billion. The second, third and fourth phases would increase its capacity to 80 million passengers annually.

“The instruction of President Duterte is to finish the new terminal in 2019 by starting it in the middle of 2017,” Cauguiran told local officials and business leaders.

The CGC project was started during the Aquino administration. But President Duterte instructed the Department of Budget and Management to release to the Department of Public Works and Highways at least P2.8 billion to build a 15-kilometer road road from the Sacobia side of the Clark Freeport to the CGC, said Vivencio Dizon, president and chief executive officer of the Bases Conversion and Development Authority.

Spanning 9,450 hectares in 36,000-hectare Clark Special Economic Zone that used to be military base lands, the CGC is envisioned by the BCDA to be the country’s newest, greenest, sustainable and disaster-resilient metropolis.

About 90 percent of the area has been secured from real estate speculation while farmers are being compensated at P30 per square meter, he said.