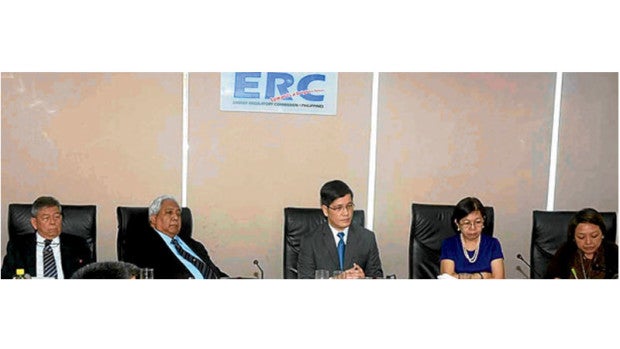 A consumer group has filed a graft complaint in the Office of the Ombudsman against Energy Regulatory Commission (ERC) officials for enabling Manila Electric Co. (Meralco) to forgo the bidding of its power supply contracts at the expense of the public.

In a statement, Alyansa Para sa Bagong Pilipinas (ABP) accused the ERC of arbitrarily postponing the implementation of its own rules for competitive selection process (CSP) by six months.

The rules, which require distribution utilities to hold competitive bidding when procuring power supply, was supposed to take effect on Nov. 6, 2015. But the ERC deferred its implementation to April 30 this year.

ABP said this enabled Meralco to skirt the new requirement, as it gave the firm time to pursue seven “midnight” power supply agreements and file them with the ERC the day before the new deadline.

The lack of bidding for the long-term contracts, covering a total of 3,551 megawatts, would result in an overprice of P12.4 billion every year in the next 20 years, according to ABP.

“Such extension rendered the moral spirit of the CSP useless. Government regulators should not be allowed to fool around with the rules, especially when it will harm the consumers,” it said.

Because of this, the ERC officials were accused of violating Section 3(e) of the Anti-Graft and Corrupt Practices Act for causing undue injury to any party or giving unwarranted benefits to a private party.

“The contracts are onerous and antipeople. ERC is supposed to be protecting consumers as a rate-regulating body. It seems [to be] the other way around,” said ABP secretary general Aya Jallorina.

The group said corruption in the ERC was exposed after Director Francisco Jose Villa Jr., shot himself on Nov. 9. Villa left suicide notes that complained of pressure from ERC officials to hire consultants or approve procurement contracts without bidding. —VINCE F. NONATO