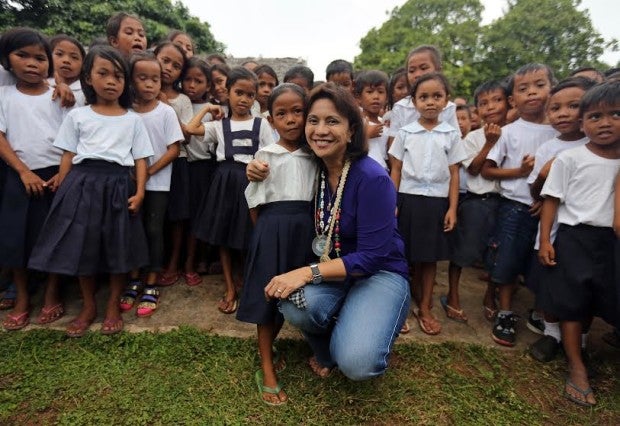 Three million Filipino children have the condition, according to Robredo, who first saw such cases in a visit to Agutaya, a remote municipality in Palawan province, during one of her “laylayan activities.”

“While we were there, we visited a public school and observed that the children from grades 1 to 5 were almost the same size. The children were all suffering from a condition called stunting,” Robredo said in her speech at the 3rd Annual SEC-PSE Corporate Governance Forum.

“Doctors later on told me that stunting after the first 1,000 days of a child’s life is irreversible,” she said.

Robredo mentioned the condition at the forum and before the most influential businessmen of the country to emphasize that it has been “a silent epidemic that will affect the entire economy if it remains unchecked as soon as possible.”

Stunting is symptomatic of chronic malnutrition.

Last June, the National Nutrition Survey released data that showed that overall malnutrition or stunting rate among Filipino children aged 0-2 was at 26.2 percent, the worst in the last 10 years.

The Food and Nutrition Research Institute (FNRI) said in a 2015 survey that one in every two children in the poorest quintiles was stunted. This means that the child’s height was below the World Health Organization (WHO) reference for his or her age.  SFM