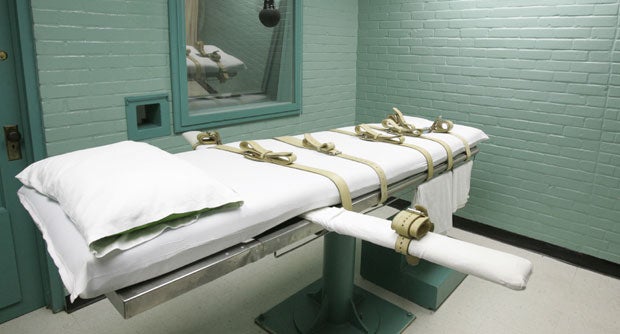 Religious groups on Tuesday gave contrarian opinions to lawmakers on the morality of imposing death penalty even on the most heinous of criminals.

Various religious groups read out their position papers during the House justice subcommittee on judicial reforms hearing, which discussed the bill seeking to reimpose capital punishment.

Grecor “Butch” Belgica, a murder convict turned evangelist, told the committee that even the Bible condones capital punishment on people who have sinned against the commandments of God.

Belgica is the father of defeated senatorial candidate Greco Belgica.

Belgica said capital punishment would ensure the cleansing of the world from sinners.

“God’s law establishes the responsibility of civil rulers to act as representatives of the people in doing what is right in the sight of the Lord to cleanse the land of innocent blood. Therefore, we vote for civil rulers who actively support capital punishment for murderers,” Belgica said.

“A magistrate (candidate) who opposes the death penalty for murder is a dangerous man for he stands against the only penalty that will cleanse the land of innocent blood, and therefore, he willfully contributes to the pollution of the land by blood,” he added.

For his part, Father Eli Rowdy Lumbo, executive director of the Philippine Jesuit Prison Service Foundation, opposed the death penalty because it rules out the chance for reformation even to the most heinous criminal.

Lumbo shared his experience of dealing with convicts who regretted committing heinous crimes, and those wrongfully accused of the crime but acquitted after years in detention.

“How do we see such persons? Is it not incumbent upon society to form or reform those who have gone astray, to teach those who were not taught and guide those who have made wrong decisions?” Lumbo asked the lawmakers.

READ: Solons warn of death penalty railroad by limiting it to drug cases

Leyte Rep. Vicente “Ching” Veloso, the chairperson of the House justice subcommittee, said this issue has divided the nation, but he takes courage from the children of the nation whose future is at stake.

“Listening to both parties, I am in a bind… If I would say I am not in favor, what would my children say?.. The issue has divided the great minds of our society,” Veloso said.

It was Speaker Pantaleon Alvarez who first filed the bill seeking to reimpose death penalty after former president Gloria Macapagal-Arroyo abolished capital punishment in 2006 for its failure to deter crime.

Alvarez’s bill sought to reimpose death penalty on heinous crimes listed under Republic Act 7659, including murder, plunder, rape, kidnapping and serious illegal detention, sale, use and possession of illegal drugs, carnapping with homicide, among others.

In the bill he co-authored with deputy speaker Capiz Rep. Fredenil Castro, Alvarez said there is a need to reimpose death penalty because “the national crime rate has grown to such alarming proportions requiring an all-out offensive against all forms of felonious acts.”

READ: ‘Death penalty back in one year’

Duterte has won the elections in a campaign promise to restore death penalty by hanging, even making a snide remark that the convicts’ head should be severed from the hanging.

Alvarez said Congress would look into the cheapest way for death penalty, either by firing squad, lethal injection, or by hanging. TVJ