Aquino: Victims of martial law ‘should never be forgotten’ 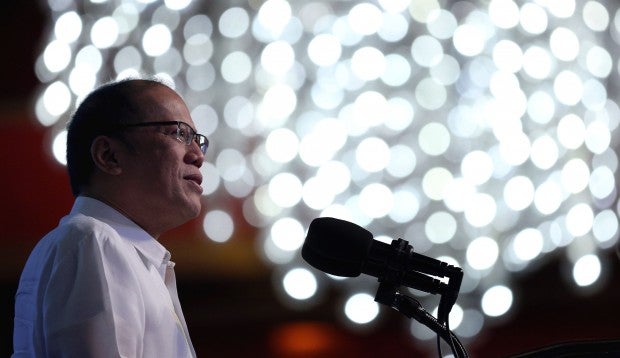 Former President Benigno Aquino III on Friday said the victims of martial law and the stories of courage and sacrifice in the name of freedom and democracy “should never be forgotten” after the dictator Ferdinand Marcos was surreptitiously interred at the Libingan ng mga Bayani (LNMB).

“Former President Aquino believes at a time like this, it is fitting that we hear the voices of others: learn about their stories, the persons behind the statistics, their loved ones lost to the regime of martial law. They should never be forgotten,” Aquino’s spokesperson, Abigail Valte, said in a statement.

Aquino is not expected to join any of the public protests and gatherings against the burial of the strongman Friday.

Aquino was last seen in public on Nov. 6, at a prayer rally and concert that appealed to the Supreme Court justices to vote for the petitions that would stop President Rodrigo Duterte from having Marcos interred at LNMB.

READ: Aquino: Burial for Marcos a ‘desecration’ of Libingan

The petitions were denied, with the magistrates voting 9-5.

Ferdinand Marcos and his wife, Imelda, were widely believed to have masterminded the assassination of former President Aquino’s father, the opposition leader, Senator Benigno “Ninoy” Aquino, Jr. on August 21, 1983.

Ninoy Aquino’s death became the tipping point in the years-long opposition against the dictatorship of Marcos, where thousands were arrested, tortured, and detained or killed.

Hundreds more who fought the dictatorship were picked up by the military and remain missing to this day.

The older Aquino’s murder triggered a firestorm of protests that culminated in the EDSA People Power revolution in February 1986, which forced the Marcoses to flee Malacañang and live in exile in Hawaii./rga