newsinfo / Headlines
Headlines
'No prohibition to the burial' 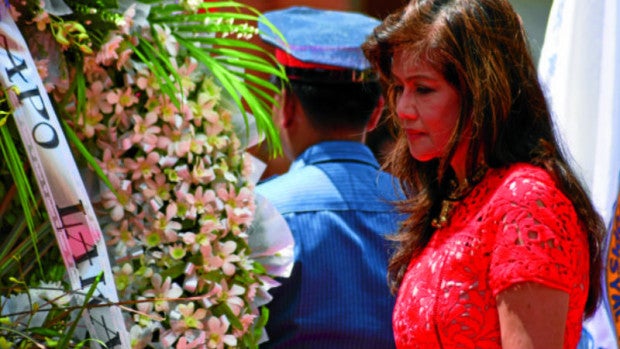 All indications are that the burial of the remains of the late dictator Ferdinand Marcos at the Libingan ng Mga Bayani will proceed today, November 18 — 10 days after the Supreme Court dismissed the petitions seeking to stop it.

Can the Court still issue a temporary restraining order? Supreme Court spokesperson Atty. Theodore Te said that, because “The Supreme Court is in between sessions,” only Chief Justice Maria Lourdes Sereno can issue a TRO, “if there is a request and a written recommendation of the ponente.”

The writer of the majority decision in the Ocampo v. Enriquez cases is Associate Justice Diosdado Peralta. The vote was 9-5, with one justice inhibiting himself from the deliberations and the voting.

Isn’t there a pending motion for reconsideration? “To my knowledge there is none,” Te told the Inquirer, “because parties have said they have not received a copy yet.” He explained that “the decision says the SQA (the status quo ante order) is lifted so there is no prohibition to the burial.”

Both the Armed Forces and the Philippine National Police have belatedly confirmed that the controversial burial, which has been actively resisted by victims of martial rule, will take place at noon today, with the Marcos family requesting a “private” ceremony. In its decision, the Supreme Court confirmed that the Libingan ng Mga Bayani was both a military cemetery and a national shrine./rga

Read Next
Marcos burial a ‘dark day in nation’s history’ — Karapatan
EDITORS' PICK
Nestlé Philippines’ ‘NESCAFÉ Plan’ bags Grand Anvil at PRSP 56th Anvil Awards
822 NPA-free barangays set to get P20-M gov’t aid — Esperon
Pope Francis to meet top cleric Sistani on second day in Iraq
Don’t waste the hope of vaccines, warns WHO
Every Filipino home can now be a smart home with realme TechLife
Smart reinforces superiority with best speed and mobile video experience in PH
MOST READ
So: I lacked connections to succeed in PH ‘culture’
Robredo on Sara Duterte leading poll surveys: Why are Filipinos drawn to leadership of this kind?
US weapons, hardware in exchange for VFA
US lays out list of aid to ‘satisfy’ Duterte following VFA payment demand
Don't miss out on the latest news and information.