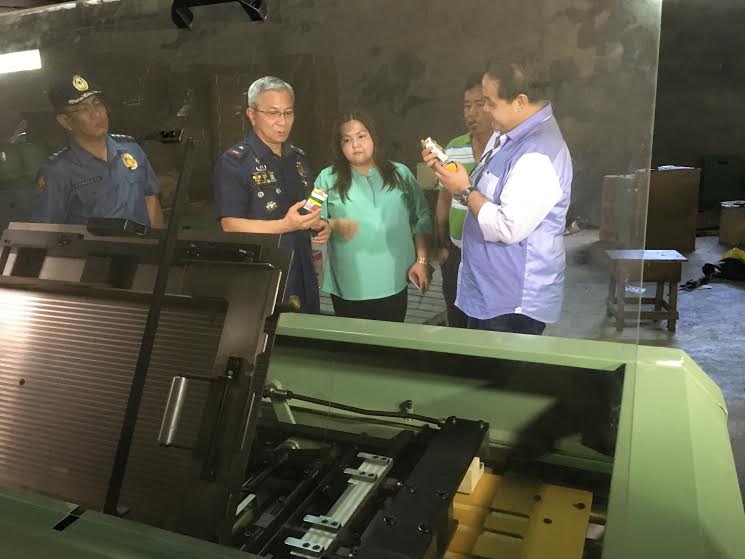 Based on the materials and equipment found in the factory owned by Mark Bryan Chan, the facility appeared to be engaged in the production of Marlboro, Camel, Fortune, Mighty, More and Marvel cigarettes, said Chief Supt. Aaron Aquino, Central Luzon police director, when interviewed at the site in the late afternoon.

Lito Manalansan, barangay captain of San Isidro, said Chan bought the property in February and had applied for a permit to operate a feed mill in September.

Mayor Mylyn Pineda-Cayabyab said a permit was issued, but Manalansan said, “We saw just one corn crusher here on Oct. 29.”

Senior Supt. Joel Consulta, Pampanga police director, said the facility might have been operating for less than a month.

Chan and his workers were not at the site during the police search.

“Our people are aggressive about reporting to us what they suspect are wrongdoings so criminals better leave Pampanga now,” said Acting Gov. Dennis Pineda.

Representatives from cigarette companies were called to the site to inspect and establish the counterfeit tobacco, which were in large boxes bearing importation markings. Bureau of Internal Revenue tax seals were found in numerous boxes.  SFM