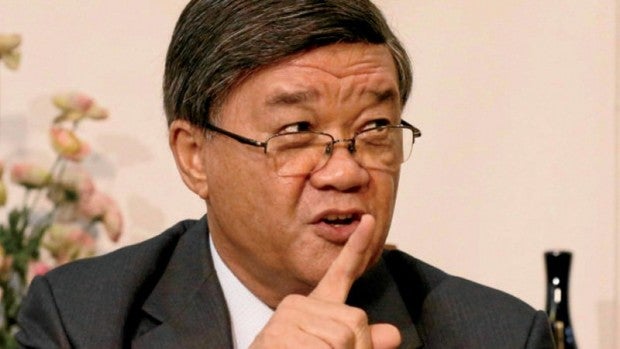 Aguirre said on Thursday that up to now, the BSP and AMLC appeared to be “protecting” people or groups involved in the drug trade as insinuated by President Rodrigo Duterte himself when he lashed out at the two agencies in a speech during the National Bureau of Investigation anniversary last Monday.

“Yes, the BSP-AMLC gave bank documents shortly after he castigated them in his speech. But the bank documents it gave were only for the narco-generals that we asked for five months ago. The bank documents involving the NBP drug operations have not been submitted up to now,” said Aguirre in a phone interview.

Aguirre said that when he met recently with BSP Governor and AMLC chair Amando M.  Tetangco Jr., he was surprised to learn that the NBI had requested for the bank documents of the NBP drug lords such Herbert Colanggo, Peter Co, and Jaybee Sebastian as early as January 2015 or a month after then Justice Secretary Leila De Lima led the raid of the maximum security prison.

“But up to now, the NBI is still waiting for these bank documents even after getting a tongue-lashing from the President. This is already criminal negligence,” said Aguirre.

Aguirre said the bank transactions sought by the NBI could have boosted the case build-up against the convicted drug lords shortly and ended the illegal drug trade before the end of the Aquino administration.

While the BSP and AMLC claimed that they could not act because of the Bank Secrecy Law, Aguirre argued that since these bank deposits involved suspicious transactions and were considered a “predicate crime,” the dirty money watchdogs should have taken the initiative to gather the documents and submit it to the NBI as early as January 2016

Aguirre said the BSP and AMLC’s reluctance  to help authorities going after drug lords and other money launderers has been in sharp contrast with its cooperativeness in providing the bank data of the previous administration’s political enemies such as the late Chief Justice Renato Corona and former Vice President Jejomar Binay.

In his speech, President Duterte called the  BSP and AMLC “garbage” and accused them of “protecting somebody, those who are really into money laundering.”

“I will call for you and you have to answer so many questions to me. You choose, either we cooperate in this government as a Republic to protect and preserve our people or do not make it hard for us, otherwise I will make it hard for you.  There are billions stashed there in the banks, were really being washed or just being kept there in the meantime. Go to the Secretary of Justice, the AMLC guys, explain to us in public or I will do the explaining for you. Choose,” said President Duterte.

Mr. Duterte also alluded to a big-time drug lord who laundered P5.1 billion in dirty money in just one day under the noses of the BSP and AMLC.

Aguirre said: “The amount is so huge it boggles the mind how this could have been laundered in just one day if the BSP and AMLC were doing their jobs.”  SFM