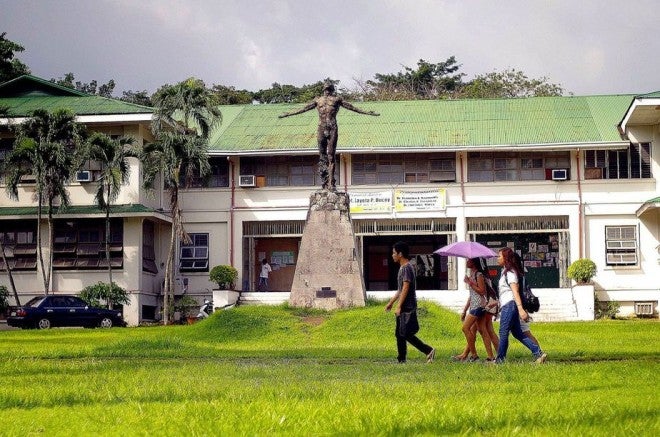 The University of the Philippines Los Baños campus in Laguna. Photo from uplb.edu.ph

MANILA — A graduate from the University of the Philippines Los Baños topped the civil engineering licensure examination held recently.

The UP Los Baños graduate garnered a score of 93.2 percent.

Kenneth Suba-an Acas of Father Saturnino Urios University was fourth with 92.2 percent; Lenielle Babon Amatosa of Technological Institute of the Philippines-Manila, fifth, with 92.05 percent; and Alvin Cleofe Sanvictores of Batangas State University-Alangilan, sixth, with a score of 91.95 percent.

Three people shared the ninth slot after they each got a score of 91.5 percent: Nikko Sidro Baldevizo Baluyot of UEP-Catarman, Jeremias Yang Marquez Jr. of Cebu Institute of Technology, and Hiroshi Clarin Ueki of UP Diliman.

A USC alumnus, Franz Josef Jucom Ceniza, got the 10th place, with a rating of 91.45 percent.

The top performing school was UP Diliman, with a 96.08 percent passing rate.

Pangasinan State University-Urdaneta was fifth, after it garnered a passing rate of 85.71 percent.

University of Rizal System-Morong was sixth, with 84.31 percent.

The PRC has announced registration for the issuance of a professional identification card and a certificate of registration will be done online.

Successful examinees should, however, personally register and sign in the roster of registered professionals, the PRC said.  SFM/rga